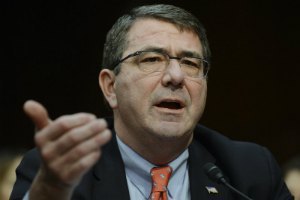 "That's one of the options that's being discussed," Carter told reporters traveling with him at the start of a three-day trip to Germany

Carter's trip to Germany will include meetings with Army General Curtis Scaparrotti as he takes over as the next NATO Supreme Allied Commander Europe, succeeding U.S. Air Force General Philip Breedlove.

The Baltic states - Estonia, Latvia and Lithuania - which joined NATO in 2004, have requested greater presence of the alliance, fearing a threat from Russia after it annexed the Crimea peninsula from Ukraine in 2014.