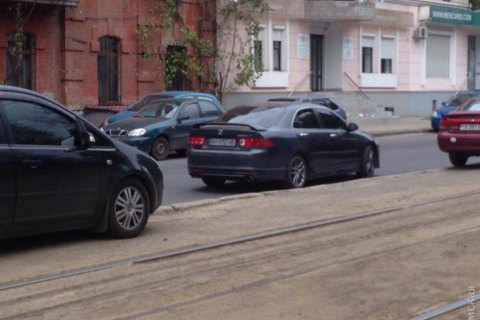 A film crew of the Channel Seven was attacked in Odessa on May 3, the Dumskaya website reported.

The attack took place right in front of the channel’s office on Staroportofrankivska St.

The unknown attackers armed with a shotgun and a traumatic pistol came in a dark-gray Honda, registration plate VN4152NV.

Three members of the crew, including two cameramen and a reporter, received gunshot wounds. One of them was also beaten up. The wounded were immediately rushed to a hospital.

Police is trying to find the criminals.

On May 2, police found three grenades in the underpass near the Odessa train station near the Kulikovo Pole Sq. Also, the police twice checked on Monday the information about alleged mining of the place

A total of 40 people were detained and taken to police stations on 2 May.