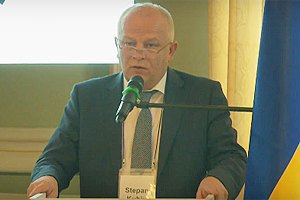 The Cabinet of Ministers announced plans to introduce retaliatory "mirror" restrictions on trade with Russia and the transit of Russian goods through Ukrainian territory, First Deputy Prime Minister and Minister of Economic Development and Trade Stepan Stepan Kubiv said at a meeting of the Verkhovna Rada on 4 July.

"There also will be a "mirrored" raise in duties on imported Russian goods," the official said, noting that Ukraine is against a trade war.