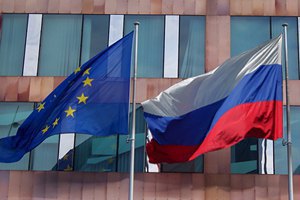 On 1 July 2016, the Council of the European Union prolonged the economic sanctions targeting specific sectors of the Russian economy until 31 January 2017, the Councilsaid in a communique.

These measures were introduced on 31 July 2014 initially for one year in response to Russia's actions destabilising the situation in Ukraine. They were reinforced in September 2014. They target the financial, energy and defence sectors, and the area of dual-use goods.

On 19 March 2015, the European Council agreed to link the duration of the sanctions to the complete implementation of the Minsk agreements, which was foreseen to take place by 31 December 2015.

The economic sanctions prolonged with the decision notably:

In addition to these economic sanctions, several EU measures are in place in response to the crisis in Ukraine including:

The decision was adopted by written procedure and as it is the rule for all decisions on prolongation of restrictive measures, unanimously.