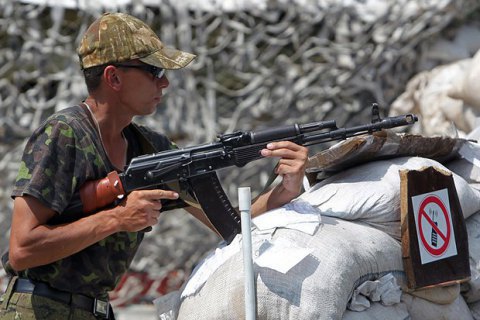 The press center of the ATO on 5 August reported 42 cases of ceasefire violation over the past day in the zone of the antiterrorist operation in Donbass, including 21 - in Donetsk sector, 19 in Mariupol sector and two in Luhansk sector.

In the Donetsk sector, the Russia-backed militants used machine guns and fired mortars to shell the positions of Ukrainian military near Avdiyivka and Nevelske. In Zaitsevo and Nyzhnya Lozova, the terrorists fired APV-installed weaponry (16 shots). Opytne was under fire from an anti-missile system. The positions of ATO fighters in Luhanske was attacked from APV weaponry and heavy machine guns. An enemy sniper showed an increased activity in this area.

In Mariupol sector, the separatists fired mortars, rocket-propelled grenades, APH-installed weaponry and machine guns on the ATO positions in Vodyane. Outside Krasnohorivka, Taramchuk and Hranitne terrorists fired grenade launchers, and shelled Novotroyitsk and Pavlopil from mortars. Mariyinka was under anti-aircraft installation fire. It was a rough night in Luhansk and Starohnativka. Enemy snipers were active in the area of Mariyinka and Shyrokyno.

Around 10 pm, a group of enemy saboteurs of about 8 persons drew near an outpost in the area of Bohdanivka, and from 500 m opened fire from grenade launchers and small arms.

"Ukrainian military were prepared for provocation and retaliated. After a clash that lasted for about an hour, the enemy retreated. The Ukrainian side suffered no casualties," the ATO headquarters reported.

In Luhansk sector, the militants fired two rocket-propelled grenades and fired small arms at the positions of Ukrainian troops in Novozvanivka and Lopaskino. In the second half of the day there was a lull in this sector.

Also, the militants activated air reconnaissance in the area of Donetsk, where three drone flights were spotted.