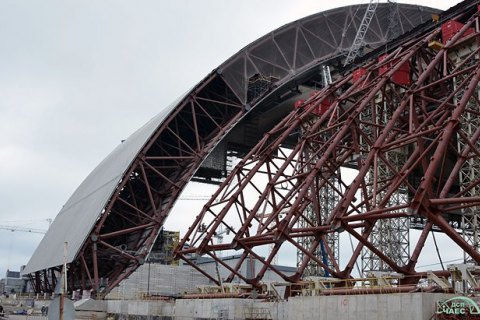 Ukraine signed a 260m dollar credit agreement with a US bank by to finance the construction of a centralized repository of spent nuclear fuel (CSSNF) in the Chernobyl exclusion zone, the Minister of Energy and Coal Industry Ihor Nasalik told a news conference on 4 August.

"During a visit to the United States we signed a 260m loan agreement that will be used to finance the construction of a storage facility for spent nuclear fuel in the Chernobyl exclusion zone," the minister said.

The visit of Ukraine's governmental delegation with Prime Minister Vladimir Groisman at the head took place in early June.

Last fall, it became known that the state enterprise Energoatom was in talks with the Bank of America, Merrill Lynch and OPIC on raising a loan of 250m dollars for the construction of the CSSNF. It was reported that the rate on the loan would be under 7%.

The construction of the facility will allow Energoatom to significantly reduce costs related to the handling of spent nuclear fuel (SNF), which is currently being exported, mainly to a temporary storage in the Russian Federation.