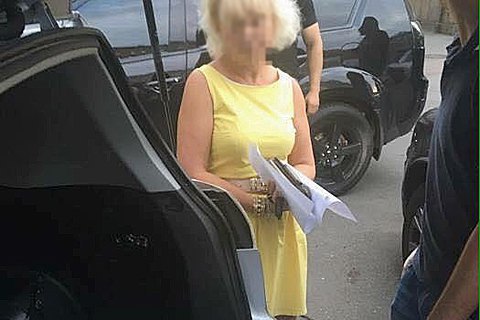 Security officers detained in Kyiv a high-ranking official of the Ministry of Agrarian Policy and Food on suspicion of extortion, the Security Service of Ukraine (SBU) said in a statement on 3 August.

The official demanded a bribe of 150 thousand dollars for facilitating acquisition in a tender contest of an indebted state-owned farming enterprise near Kharkiv.

Law enforcers detained the suspect during the reception of an entire amount of the bribe at the ministry's parking lot. She will be indicted in the nearest future, the SBU said.

In the Cherkasy Region, a village council head has been caught extorting nearly 200 thousand dollar in bribe.