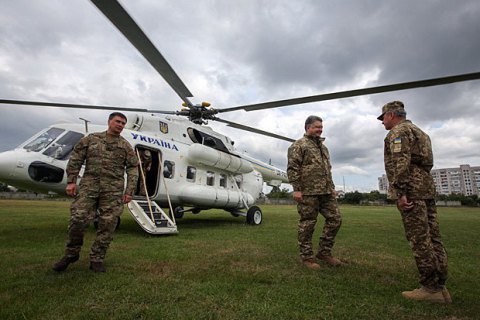 Since the beginning of the antiterrorist operation in Donbas, 415 servicemen of Ukraine's airborne troops have died in action, President Petro Poroshenko stated on 2 August during the festivities on the occasion of the Day of Airborne Troops in the army training center in Zhytomyr.

Since the beginning of the counter terrorist operation, 2,295 paratroopers have been awarded state awards, including seven awarded the title of the Hero of Ukraine.

On 2 August, Ukraine celebrates the Day of Airborne Forces.

In Ukraine, Airborne Forces Day was approved by a presidential decree in 1999, but its tradition hails from the Soviet Union times. On August 2, 1930 the Soviet Union first carried out a mass landing during military exercises in Voronezh Region.