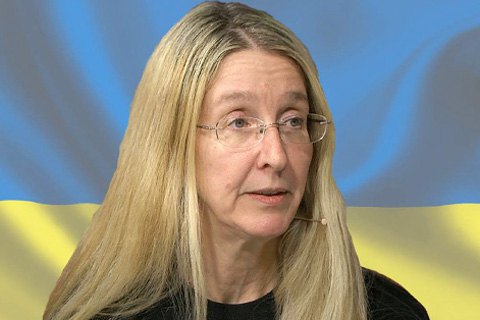 Acting Minister of Health Ulana Suprun received a carte blanche to the formation of his team in the Ministry of Health, deputy Prime Minister Pavlo Rozenko told a press conference ushering Suprun to media community.

"Ulana Suprun received carte blanche to the formation of her own team in the Ministry of Health," he said and added that the new team will be made public in the near future.

Rozenko said the Ministry of Health is facing a series of reform tasks, in particular, the development of primary health care, introduction of hospital districts, transition to a new health financing system and improvement of emergency medical care.

In turn, Suprun said that her ministry should be the Ministry of Health rather than a ministry of doctors or patients.

On 27 July, the Cabinet of Ministers appointed Suprun as acting Minister of Health starting 1 August. Suprun came to the Ministry as deputy minister just days before.

She was born in Detroit, USA and moved to Ukraine with her husband in the autumn of 2013. During the Revolution of Dignity she was on the Maidan. She worked in a medical office, then headed the humanitarian initiatives of the Ukrainian World Congress and founded the organization the Protection of Patriots, which deals with training on tactical medicine and provides the Ukrainian military with improved individual kits under NATO standards. In October 2015, she became a consultant to the Verkhovna Rada Health Committee.

In July 2015 he received Ukrainian citizenship.

Earlier acting health minister was Viktor Shafranskiy. After the appointment of Suprun Shafranskiy he retired from the post.