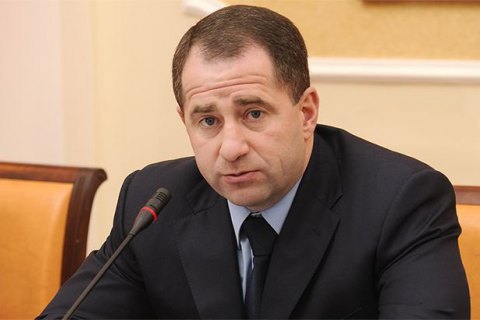 Moscow asked on 29 July Kyiv 's prior consent (agrément) for the appointment of Mikhail Babich, the new Russian ambassador to Ukraine, press secretary of the Russian president, Dmitry Peskov said as quoted by TASS.

"I do not know (if Kyiv gave consent - Ed.), but agrément have been requested... The necessary diplomatic procedures, including the receipt of agrément t, are in progress," Peskov said.

Previously, Vladimir Putin signed a decree releasing Mikhail Zurabov as Ambassador Extraordinary and Plenipotentiary of the Russian Federation in Ukraine.

Mikhail Babich was born in Ryazan in 1969. In 1990, he graduated from the Ryazan Higher Military Command School of Communications. He worked as the first deputy head of the Federal Agency for Food Market Regulation at the RF Ministry of Agriculture, served as the first vice-governor of Moscow, then of Ivanovo region. From November 2002 to February 2003 he was the chairman of the Chechen government.

In 2003 Babich served as assistant to the Minister of Economic Development and Trade of the Russian Federation, and then was a State Duma deputy (United Russia). On December 15, 2011 he was appointed presidential envoy in the Volga region.