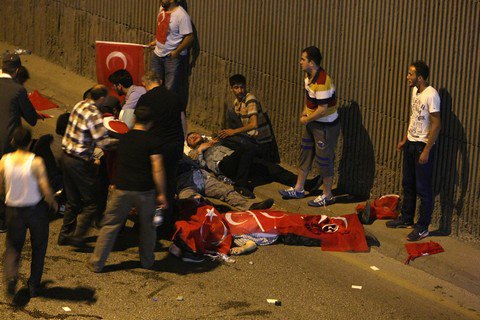 Against the background of the apparent rapprochement between Turkey and Russia, Ukraine should avoid any sudden movements, political analyst, [email protected] Ukraine project manager, Vadym Khomakha told a briefing entitled "Turkey crisis and its consequences for Ukraine and international security."

"It is important for Ukraine to avoid sudden movement on the issue of Turkey," warned Khomakha.

He said Kyiv has officially supported Erdogan and therefore should keep moving in the wake of the support of official Ankara, focussing mainly on joint business projects.

As earlier reported, Azerbaijan has announced the closure of two Gülen schools, the similar negotiations are underway in Georgia.

At the same time Khomakha stressed that the repression launched by Erdogan trigger misunderstanding and resistance among many people in Turkey. "The military are unhappy and therefore a repeated coup cannot be ruled off," the pundit concluded.