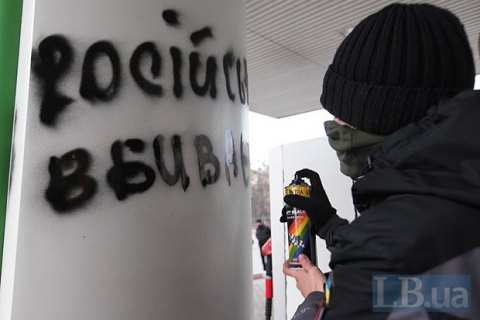 Over 240 Russian companies that have done business with commercial entities in the temporarily occupied territories of Ukraine, are banned from working in Ukraine, the Security Service of Ukraine (SBU) reported on 29 July.

SBU intelligence has found out that most of these Russian companies are also legally cooperate with Ukrainian companies, and nevertheless are not covered by sanctions on behalf of Ukraine.

"The SBU has handed over the materials to the Ministry of Economic Development and Trade for expert opinion. The ministries said Ukrainian producers are capable of fully compensating for the Russian imports from the said companies. Accordingly, it was decided to temporary suspend transactions with those Russian companies," the report reads.

In September 2015, Ukraine slammed sanctions on 388 individuals and 105 companies that are responsible for the aggression against Ukraine.