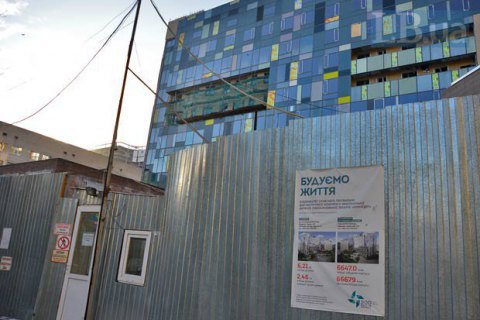 The Cabinet of Ministers at its July 22 meeting approved a new project of the children's hospital Okhmatdyt in Kyiv, where the costs soared by 1.8bn to 3.2bn hryvnia.

The increase in the cost of construction is due to additional works, the rising cost of materials, engineering and medical equipment etc. In addition, the project provides for the purchase of new medical equipment (surgical consoles, pneumatic tools, scheduling blocks).

As of June 1, 2016, the construction has already spent 500m hryvnia, i.e. another 2.7bn hryvnia are needed for the completion of Okhmatdyt.

Under the new project, the hospital should be built within 15 months.

In 201, four old hospital's buildings were demolished and plans were announced to build a new building. It was to accommodate ten surgical departments, one diagnostic and five cancer departments. The general contractor of the project was Ukrprofmed. In 2013, the project's budget ran dry and construction halted with walls nearly finished but without roof and finishing.

At the end of 2015, a new general contractor was hired, the company Altis-Construction.