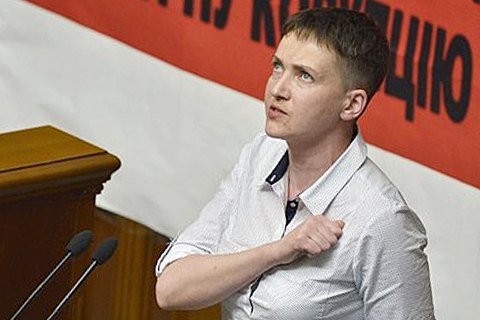 People's deputy Nadiya Savchenko says she is going on hunger strike to intensify the process of release of prisoners in Donbas.

She pledged not to stop the hunger strike until "a positive result."

At the same time she called the relatives of prisoners to come to Kyiv and protest.

"Come out to Bankova St. [where the Presidential Administration of Ukraine is]and demand a meeting with the president of Ukraine. Demand him to render an account as a guarantor of the Constitution, human rights and freedoms and as commander-in-chief, who has sent to the death your children, and not his own," said Savchenko.

Savchenko stated against the introduction of martial law, because it will only lead to the usurpation of power.

Earlier, Savchenko had initiated direct talks with the self-proclaimed republics, including for the release of prisoners.