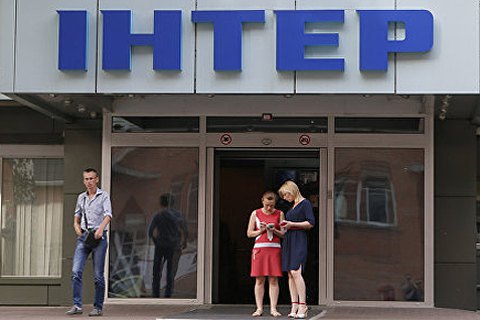 Interior Minister Arsen Avakov demanded the Security Service and the National Council on TV to look into TV channel Inter, which, as it turned out, has coordinated coverage with Donbas separatists.

"The anti-Ukrainian, anti-state position of the TV channel Inter: how much more facts and evidence you need?! The national Broadcasting Council - where are you ?! Or maybe the political conjuncture and clan interests so squeezed your throat that you forget about you immediate job? Dear colleagues, the SBU, the pause you are taking seems far too long. Your direct responsibility is to respond to the revealed facts." Avakov wrote on Facebook.

Avakov argues that the Russian political analyst Igor Shuvalov, who manages the information policy of Inter must be expelled from the country. He also asked for a public investigation against the owner of Inters Serhiy Lyovochkyn and "his political fosterling who feed on Russian money."

In early August, the correspondence of an employee of the "state security ministry " of the separatist Donbas People's Republic Tatyana Yegorova, Russian journalist Leonid Muravyov, and desk editors of Inter and the founded by TRC Ukraine Donbas channel was made available online. The stolen correspondence showed that these channels have coordinated their coverage with the leaders of separatists.

Shortly after that was made public the correspondence of Mariya Stolyarova, a Russian journalist working for Inter, who was expelled from Ukraine in early 2016. Stolyarova's emails indicated that that Igor Shuvalov was working in Ukraine in the interests of the Kremlin.

In 2014, the SBU announced intents to expel Shuvalov out of the country, but failed to do that.