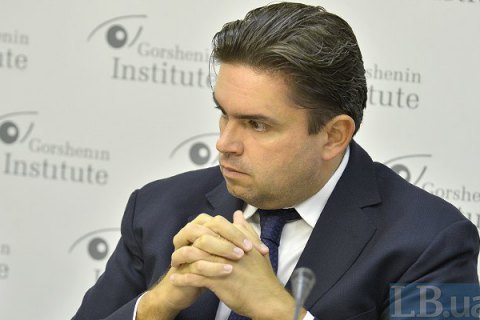 The Movement Justice by Valentyn Nalyvaychenko has drafted a bill to abolish the statute of limitations on criminal offenses related to profiteering during the anti-terrorist operation.

"We have worked out a bill that we will soon submit to parliamentarians - we have partners in the parliament – on abolishing the statute of limitations on criminal offenses during the ATO," Markiyan Lubkivskiy, a coordinator of the movement, told a 2 September news conference at Gorshenin Institute.

The bill was written based on the Croatian experience, he said.

"This so-called law o ratnom profiterstvu (war profiteering) is aimed against those who has during the war increased food prices, tariffs, who has traded oil and energy and so on with the aggressor. We want such a law to be submit to the parliament and hope that the Ukrainian parliament adopts it," said Lubkivsky.

Lubkivsky has for more than two years served as the Ambassador of Ukraine to Croatia.