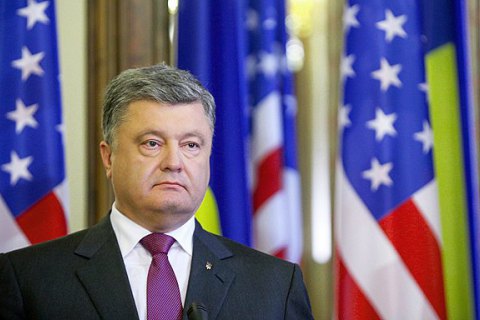 President of Ukraine Petro Poroshenko has expressed gratitude for the U.S. imposition of sanctions against 37 individuals and entities involved in the Russian aggression against Ukraine.

Poroshenko stressed the importance of sanctions against Russia: "Russia as an aggressor state should feel the price for any flagrant violation of international rule of law - the occupation of foreign territory, unleashing a hybrid war in the heart of Europe and the murder of thousands of innocent people."

The head of state expressed hope that the international partners of Ukraine, "first of all, the European Union," will extend sectoral sanctions against Russia and will strengthen them in the event of an escalation of the conflict.

On 1 September, U.S. Department of the Treasury's Office of Foreign Assets Control (OFAC) supplemented the list of sectoral sanctions due to the conflict in Donbas against a number of individuals and companies.