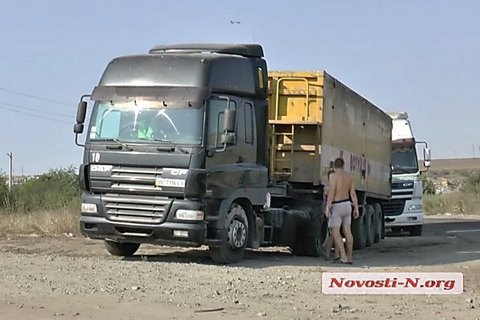 Lviv City Hall has agreed on the removal of solid household waste Mykolayiv landfill, the mayor of Mykolayiv Oleksandr Senkevych wrote on Facebook, insisting that cities must help each other in difficult moments.

"I believe Ukrainian cities must help Lviv with the disposal of solid waste. We have to be one nation, one country on an everyday basis rather than in declarations. We should not limit ourselves to slogans like "Ukraine is united" in the corner of the TV screen. It is not a show. Every Ukrainian, who needs help, must be extended a helping hand," wrote Senkevych, who belongs to the party of Lviv mayor Andriy Sadovyy Samopomich (Self-Help).

Lviv has been experiencing problems with garbage disposal for several months now. On May 29, a fire broke out at Lviv's main landfill in the nearby village of Hrybovychy. The fire was promptly extinguished, but on the next day three emergency officers and one utility worker got buried in a massive garbage landslide. The bodies of three people have been discovered soon, while the body of the fourth has not been found to date.