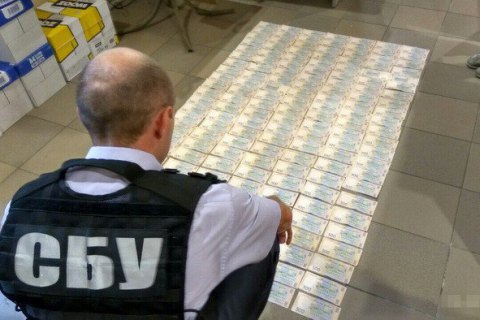 The head of Novoukrainska united state tax inspectorate in Kirovohrad region and the head of one of the departments of the inspection were caught on a 80 thousand hryvnia bribe, the press service of the Prosecutor General's Office reported on 13 September

The tax officials extorted 100 thousand hryvnia from a businessman in exchange for a reduction of the amount of penalties for violations discovered during a check-up.

They were detained as they received the bulk part of the sum. According to the SBU press service, the money was conveyed through an intermediary, a former taxman, in one of the shopping malls in Kirovohrad. The intermediary too was detained.

Novoukrainska tax administration operates in six districts of the region and is headed by Eduard Koroteyev.