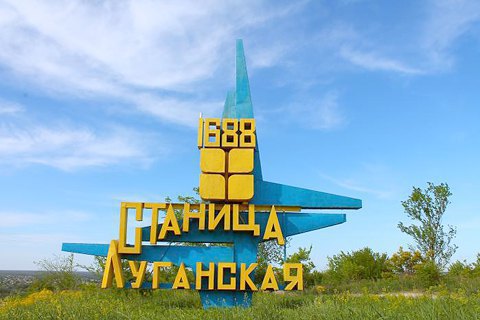 Over the past day, Russian occupation forces 25 times opened fire on the positions of the Ukrainian military in Donbas, including in the area of Stanytsya Luhanska, which is one of the three settlements where the separation of forces was planned to start provided the parties observe the ceasefire for a week

"In Luhansk sector, the ceasefire was breached nine times as enemy resorted to armed provocations firing grenade launchers, machine guns and small arms in the areas of Novooleksandrivka, Novozvanivka and Stanytsya Luhanska. The enemy also fired at Ukrainian troops from APV-mounted weaponry near the settlements of Novozvanivka and Novoaleksandrivka," the ATO headquarters said on 29 September.

In Mariupol sector, eight ceasefire violations were reported. In the areas of Maryinka, Talakivka, Starohnativka, Shyrokyne and Vodyane, militants fired small arms, machine guns and grenade launchers. In addition, an enemy sniper was active in the areas of Shyrokyne and Maryinka.

On Wednesday, an enemy UAV was spotted in the ATO zone.

On 21 September, the participants of the Tripartite Contact Group signed a framework document on the separation of forces and weapons involved in the Donbass conflict in three areas of Stanytsya Luhanska, Zolote and Petrivske. The withdrawal of forces was to begin under the condition of the observance of ceasefire for seven days in these areas.

The separation arrangement envisages the withdrawal of forces from their current positions at least for two kilometres in both directions.