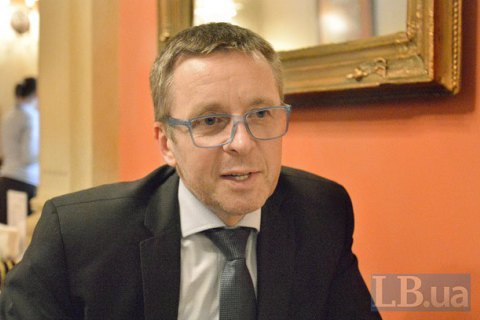 Former finance minister of Slovakia, a reformer, an economic adviser to the Prime Minister of Ukraine Ivan Miklos speaks about the need to protect and continue with reforms.

"Ukraine has yet to make the changes irreversible as there is a risk of stagnation, a risk that Ukraine may go in the opposite direction," Miklos stated at the organized by the ICU group Ukrainian Financial Forum, which kicked off in Odessa on 29 September.

"There are three basic alternatives. The first one is pessimistic and, hopefully, unlikely: everything that has been achieved is lost. This would result in destabilization, devaluation of the hryvnia and bad situation in the economy," he warned.

"Another variant, which is more likely, is very slow growth, slow reforms, an economic growth at 2-3% a year. The third scenario, which is still possible, is fast and steady growth after stabilization of economy," said Miklos.

One of the main problems, warned the adviser, is populism and populist politicians.

Ivan Miklos, together with the Polish reformer Leszek Balcerowicz are the top-level advisers to Ukrainian leaders. The Miklos -Balcerowicz group of advisers has developed a package of reforms that Ukraine needs.

These documents have recently been handed over to the leaders of the country, and will be presented to a wider audience later.