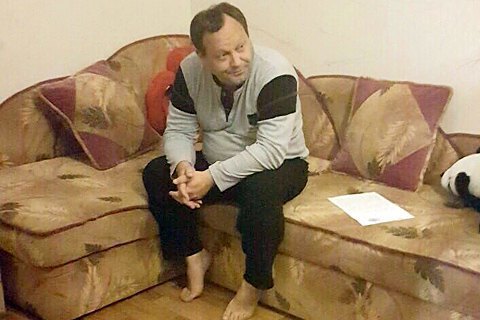 "Prosecutor General's Office detained Kherson deputy mayor and his accomplice, a local councilman, who extorted a 15% kickback from local businessmen for works performed for the city. A 80 thousand hryvnya bribe turned out their last," prosecutor-general wrote in Facebook.

The chief prosecutor did not specify the names of the deputy mayor and his accomplice, but posted a photo of one of the detainees.

It was the acting deputy mayor of Kherson, a deputy of the city council from the Self-Help party Arkadiy Pidlisnyy.

Kherson Mayor Volodymyr Mykolayenko is to give a press conference about the investigation, the city hall website said.

On Wednesday evening, Mykolayenko wrote on Facebook that the SBU and the Prosecutor General's Office have detained a few Kherson officials, and stressed that he would not tolerate corruption in the city.