Scoop of the weekend: Rallies in support of Belarusians 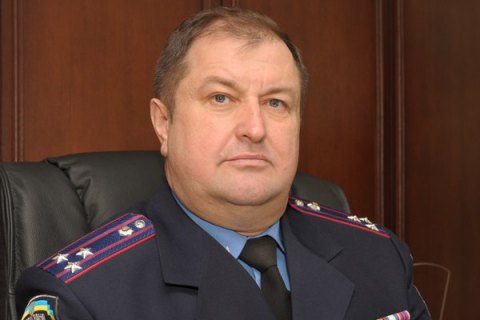 The former head of Kyiv traffic police Mykola Makarenko, who is on the international wanted list, was arrested in Moscow, Ukrainian News reported on 28 September citing a source in the Interior Ministry.

Makarenko had reportedly hid in Crimean Yalta and arrived in Moscow to go somewhere from Domodedovo airport, the source said.

Makarenko has allegedly offered a bribe to Russian law enforcers for his release.

On 23 September, Kyiv's Pechersk district court arrested Makarenko in absentia. Ukraine is is preparing documents for the extradition of Makarenko.

In April 2015, Interior Minister Arsen Avakov announced the discovery of a criminal scheme in the traffic police of Kyiv, supposedly organised by Makarenko. Within the probe, Ukrainian law enforcers arrested police Col. Mykola Zhebel, a high ranking subordinate of Makarenko, while the latter fled to Belarus.

Makarenko's group is suspected of extorting daily contributions from the employees of centers providing services to motorists and monopolising production and sale of Driver Licensing Office bill forms through Zhebelev's company Innavto.

Through this company, the minister Avakov said, Zhebelev earned 720 hryvnya on each bill form, making 600 thousand hryvnya a month.