The Ukrainian government has started the process of bringing the prices and tariffs in the energy sector to market levels, which is a precondition to Ukraine's integration into the European Union.

"The European Union is also a European energy union. And energy security is for all members of the energy union and it has market implications,"stressed Torsten Wollert, head of the Support Group for Ukraine at the European Commission. 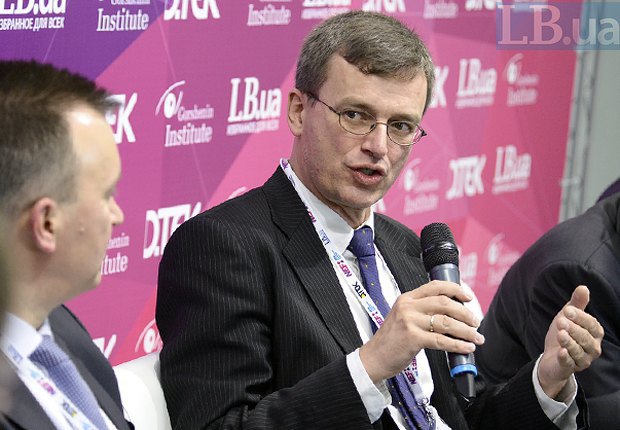 This policy also sends a positive signal to investors in the energy sector and can contribute to the inflow of investments in the future in case of consistent, transparent and irreversible market transformations.

Whether projects in Ukraine's energy sector are conducive to investment largely depends on international ratings, which in turn depends largely on the efficiency of the largest Ukrainian energy companies. The absence of market mechanisms and the government being slow to introduce market prices and tariffs deter investors and limit the resources of energy companies.

The absence of market distorts mechanisms in the energy sector as manifested by the economically unjustified prices and tariffs for energy and power resources. As a result, this policy inflicts significant costs on the state budget and distorts market pricing mechanisms. Besides, the lack of competition slows the development of the energy sector and leads to an increase in dependence on imports from the underdevelopment of domestic producers in all energy sectors. Because of all these processes, Ukraine's energy sector is hardly conducive to investments amid the lack of funding and limited development budget. 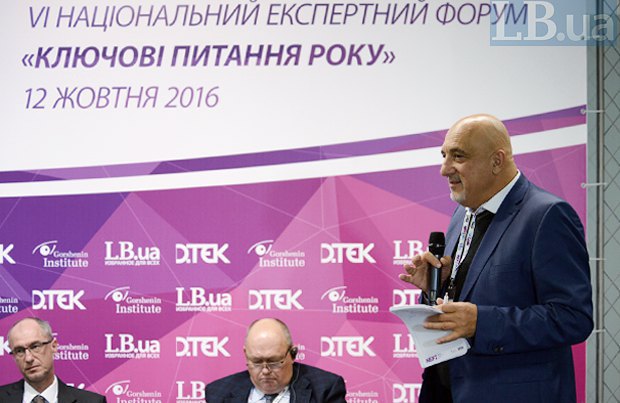 Former Ukrainian Energy Minister Ivan Plachkov also raised the issue of energy independence. In his opinion, Ukraine is now more than ever dependent on the importers of oil and gas, fuel for nuclear power plants and even coal.

Serhiy Chekh, an adviser to the energy minister, does not share this opinion and warns against confusing energy independence and energy security: "Our market of light petroleum products is absolutely dependent. But this is a market, and we do not complain about prices. And we do not wonder how much petrol and diesel fuel we have in storage."

According to him, energy security is the ability of the energy system to operate sustainably. It is defined by accuracy, simplicity and the ability of the system (of both the state and business) to respond to technological and economic challenges. However, it depends on the speed of response to challenges by the regulator, government and business rather than the volume of energy reserves ("reserves will not do for a hundred years"). Moreover, in a free market the reaction of business is more predictable and it has better capacity to fight market shocks. Serhiy Chekh believes that the implementation of Law No 4493 "On electricity market" (adopted at first reading) will allow the energy sector to switch to market relations in accordance with European standards. 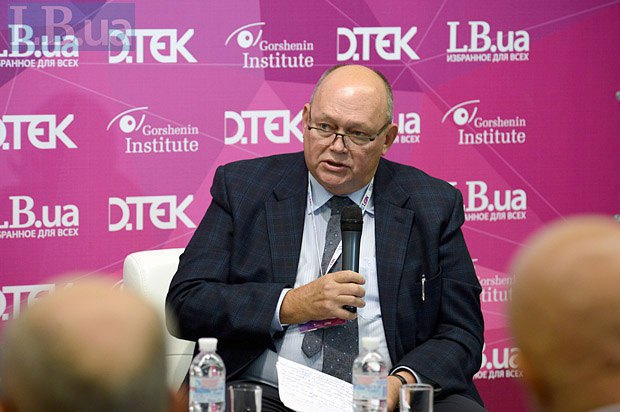 Oleh Zarubinskyy, a former Ukrainian MP of many convocations, added that "energy security includes the ability of people to pay for supplies". And also choose the service provider, which is currently impossible.

According to Karel Hirman, expert on energy sector at the Strategic Advisory Group for Support of Ukrainian Reforms (SAGSUR), energy security is not rocket science, you just need to have enough energy at a time when you need it and at a price that is favorable to you. For this the market should be transparent and comprehensible for service providers and customers. When there is competition, suppliers will be responsible for their service, otherwise they will lose customers.

"Markets are united, there are no longer national monopolies. Slovakia is not an island, we are connected with pipes and wires to neighbouring countries. The Leipzig exchange determines the price of electricity, there is a similar situation with gas. It really works," Hirman said. However he added that some issues in the energy sector still have to be decided on the level of the European Commission. 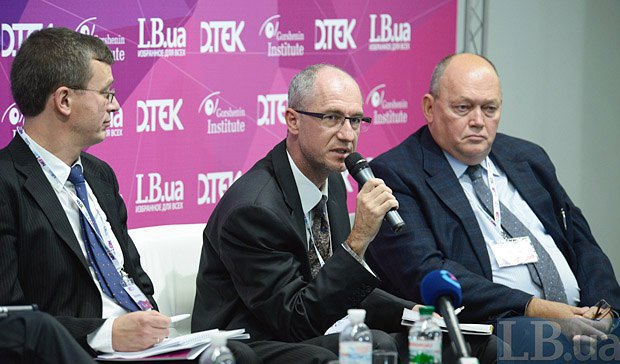 Inadequate diversification of energy sources and technologies is a result of inertia inherent in any transformation of the country's energy sector. Sudden ill-considered steps to solve this problem carry the risk of significant economic losses and threaten the stable functioning of the country's energy system, consequently producing significant threats to the economic security of Ukraine.

On the other hand, ignoring the problem of excessive dependence on imports is no less risky due to a possible suspension of energy and fuel supplies amid the tension with the Russian Federation.

The high crime and corruption rate in the energy sector is due primarily to the lack of resources and underdevelopment of accounting and quality control, which facilitates uncontrolled flows of energy and fuel. And it is also a consequence of the lack of a competitive energy market. The fact that fundamentally important coal and electricity enterprises are located in the antiterrorist operation (ATO) area and in close proximity to the ATO area carries an additional risk of corruption due to the lack of control and transparency of processes. 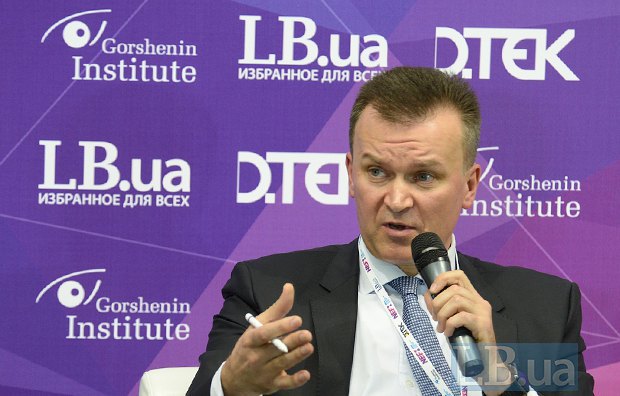 Vitaliy Butenko of DTEK ENERGO noted that the Ukrainian energy market should be reformed in order to achieve energy security. In this regard, he noted the following key areas:

1) In the short term, it is necessary to balance the energy system to ensure the reliable and stable operation of all its components. Today, based on the performance of the past two years, the energy system is further losing balance and it becomes very difficult for the system operators, regulators and private players, even DTEK, to keep it in the working order. First of all, it concerns coal and gas. The situation with coal mining is complicated by the fact that the state cannot clearly decide how much it needs. Coal still needs to be stocked up because this is a resource which determines the country's energy security.

2) There must be a planned and technically sound distribution of capacities between the different types of power generation to avoid any situation which would require immediate solutions and additional material costs. To reform the system, it is necessary to start by forming a clear energy balance, which would let each market participant understand how it should work in the next 12 months.

3) It is necessary to complete the move to market prices for energy.

"All previous models of the intersection of market and non-market pricing showed its complete failure," Butenko said. "Amid the crisis and geopolitical tensions, this factor acquires the defining influence on the entire system as a whole."

4). In the medium term, market reform should be implemented as well as reform of the regulatory and legislative framework. A Ukrainian customer must become a full-scale independent participant in the energy market. Only then will Ukraine be able to start full-fledged integration into the European energy system.

Butenko also suggested that energy issues should be de-politicized: "Take the energy industry out of the perimeter of politics, hand it over to professionals, market participants, everyone - and they will find the right form for self-organization and the way out of this crisis." 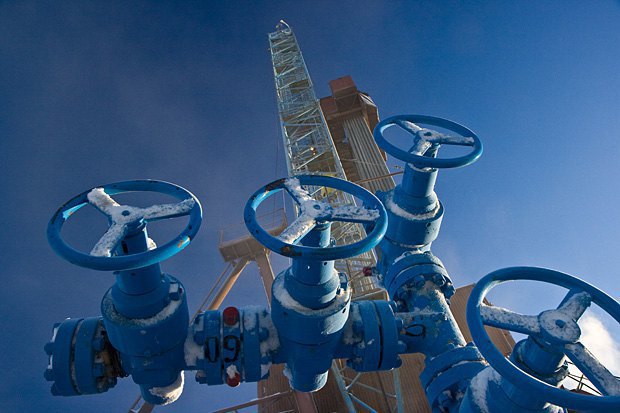 The introduction of technical measures and the adoption of several legal acts have significantly increased the volume of natural gas supplies from the markets of the European Union, thus reducing dependence on supplies from the Russian Federation. At the same time, Ukraine remains a reliable transit route for Russian gas on its way to Europe. However, negotiations between Naftohaz Ukrayiny and Gazprom are held with EU mediation.

"Naftohaz and Gazprom negotiate with the help of the European Union because without this help, they could not agree... Experience shows that it works. Paid - received, there were no surprises. And, of course, we are all interested to ensure that there are no surprises this winter," Torsten Wollert commented on the EU mediation.

According to him, reforms in the gas sector were a kind of test of Ukraine's ability to change.

"Last winter, Gazprom supplied less gas, and yet the market was sufficiently large to cope with the shock and even send a part of supplies to Ukraine,"Wollert said.

MP Olha Byelkova also said that Ukraine is holding talks on its own while the involvement of the European Commission in negotiations is "a guarantee that we will not be called an unreliable transit country despite Russia's mighty PR machine."

Despite some progress, the energy sector of Ukraine is in a state close to critical, the resolution of which will require a lot of steps, including unpopular ones. 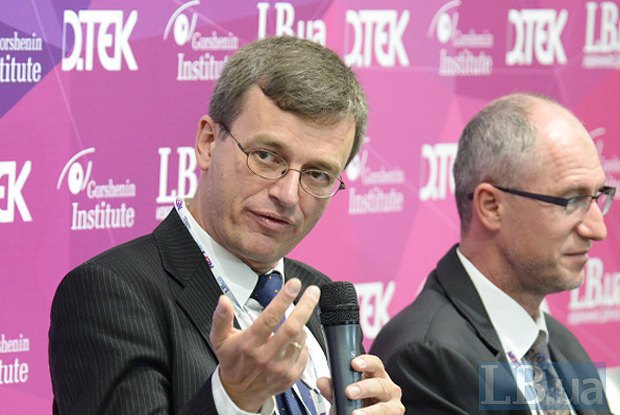 The main threat to Ukraine's energy security at this stage is the lack of market conditions amid the need for significant volumes of capital investments in the energy sector and other related industries due to the significant depreciation of fixed assets and outdated technologies being used. The severity of the problem of transition to market conditions is further enhanced by limited public funds, Ukraine's growing debt bondage and the nearly complete absence of capacity to spend public funds on unprofitable but important projects for the country.

Energy efficiency also gives reasons for great concerns. Energy efficiency primarily depends on the economic attractiveness of the implementation of measures aimed at the rational use of energy and is determined by the level of prices and tariffs for power and energy.

Current trends in the energy and fuel market pose risks in terms of the economic efficiency of energy efficiency measures for both subsidized households and suppliers.

The ultimate goal of energy reforms should be to create an investment conducive environment and market conditions of doing business, both by private and public enterprises. Progress in the launched energy reforms is key to the success of government policy on energy security and will impact on all other sectors of the Ukrainian economy.

Torsten Wollert, head of the Support Group for Ukraine at the European Commission, outlined the targets to be followed in the course of energy reform in Ukraine. According to him, it will be possible to talk about energy security and energy independence of Ukraine when (1) Ukraine becomes an exporter of gas, and (2) at the same time will be able to import electricity from the EU, if necessary, when (3) the volume of coal consumption drops significantly, (4) the level of energy efficiency reaches at least that of Poland, and (5) the share of renewable energy reaches 11 per cent of total generation. 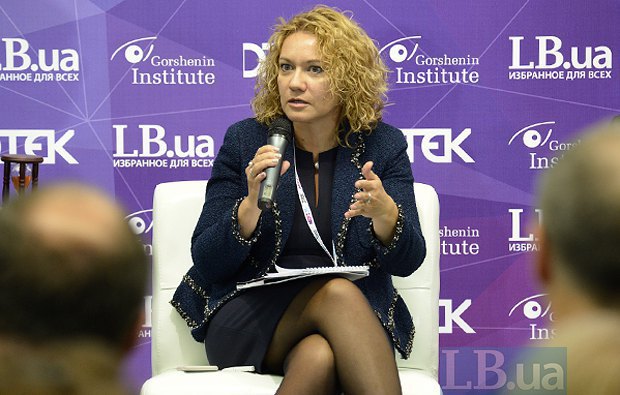 Olha Byelkova also offered her five guidelines for the energy sector. These are (1) the transition from political to market processes in energy management, (2) an increase in the domestic production of gas, oil, electricity, including using alternative methods, (3) investments into the management of the gas transport system, (4) the achievement of European indicators in energy efficiency, (5) the entry into force of the law on the energy regulator, which makes it responsible for the set tariffs; control over participants in the market of energy, housing and utility services, non-discriminatory access to the electricity and gas networks and a real possibility for consumers to choose the best market offer.

It is obvious that the prospects mentioned by the Western expert are very distant. Therefore, the reform of the energy sector should be accelerated.

Finally, says Karel Hirman, reforms in the energy sector are not possible without a change in the mindset of Ukrainians: "The union of co-owners of apartment buildings (condominiums), in my opinion, is critical to the change. People need to understand what to do with their bills. It is not a question to the government, it is not a question to the mayor, it is the question to themselves. How should they behave in relation to the suppliers? We in Slovakia began to form condominiums in 1993. I participated in this. This is a battle of civilisations in our brain. It will happen momentarily and may take some time. But then the market will start to work when people understand how to keep household together with their neighbours, how to consume energy."