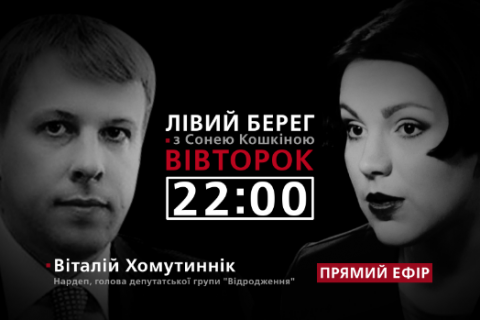 First elected to parliament in 2002 as an FPP deputy from Mokiyivka, Vitaliy Khomutynnyk, then 26, was the youngest MP in the parliament. Today's Khomutynnyk, 40, is the leader of the parliamentary group Vidrodzhennya, one of the richest people in Ukrainian politics, an influential behind-the-scenes player. Formally not being a member of the ruling coalition, along with the deputy group of the late Ihor Yeremeyev, he is the holder of the "golden share", ensuring supportive votes when the government desperately needs them.

Khomutynnyk does not seem shy of publicity but few things about him are known for sure. He is associated with the tycoon Ihor Kolomoiskyy; he is credited with supporting Henadiy Kernes in the Kharkiv mayoral elections, which played an important role in his victory; and is believed to have influence on the nation's fiscal service and its head Roman Nasirov.

Which of these is true, the chief editor of LB.ua will try to find out today at 10 pm live on the program "Left Bank with Sonya Koshkina" on Channel 24.