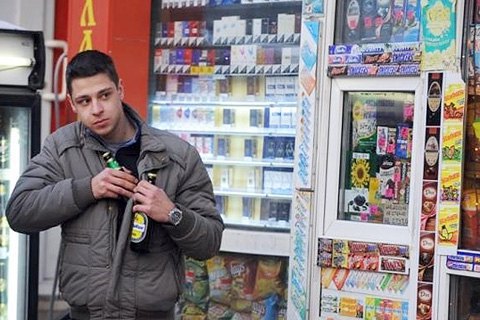 Kyiv's Administrative Court of Appeal on Tuesday, 29 November, overturned the ban that the city council introduced in March on the sale of alcohol in the temporary structures like kiosks

Dmytro Bilotserkivets, an adviser to Kiev mayor, told UP that the city hall was dissatisfied with the court's ruling.

"Kiosk owners won a court in the first instance, the city appealed. Today, the case was considered by the Court of Appeal. A lot of kiosk owners turned in, clashes broke out, they put pressure on the court and not allowed other activists in the premises. In the end, the court ruled in favour of kioskers," Bilotserkivets said.

He said the city council has drafted a new resolution to ban the sale of alcohol or beer at kiosks. This document will be impossible to cancel in a court because "the very concept of 'sale of alcohol' will no longer be a part of kiosks' function," said Bilotserkivets.

Later in the day, Bilotserkivets commenting on Facebook on the court decision saying the ban on the sale of alcohol in kiosks would prevail.

"The court requires the city council to legislate on the return of alcohol. Be sure that all factions would not support such an initiative," he said.