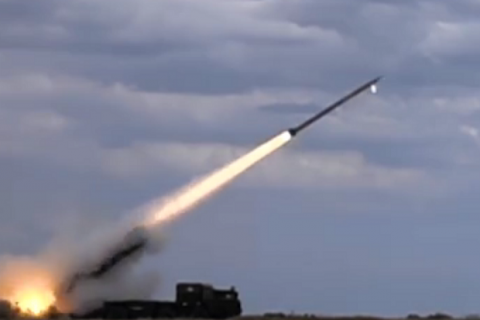 Medium-range anti-aircraft missiles will be tested as part of the air force exercise of the Armed Forces of Ukraine in Kherson Region on December 1-2, the chief of press office of Ukraine's armed forces Roman Yurchylo told Interfax-Ukraine on 30 November.

"On December 1-2, exercises will be held. They will include the test of controlled anti-aircraft medium-range missiles. The drills will involve the crews of combat and transport aircraft, a division of anti-aircraft missile troops, radar and communications detachments, and unmanned aircraft. One of elements of the exercise will be controlled aerial firing of medium-range missiles," he said.

Yurchylo stressed that the exercise will be carried out "exclusively in Ukrainian airspace over the high seas" and in full compliance accordance with international law.

The Ministry of Defence in accordance with the relevant procedures has in advance prepared and published the official notice of the exercise.

On Wednesday, November 30, it was reported that Russia has deployed in Crimea air defense missile system VM-C300. The volunteers of InformNapalm intelligence community have identified the weaponry as anti-aircraft missile system S-300VM Antey-2500, an air defence system with the ability to counter ballistic missiles of small and medium-range (up to 2,500 km).

On 24 November, Ukraine issued a NOTAM (aviation notice) to inform providers of aviation services of various states, airlines and crews about possible dangers of the use of the airspace during the above mentioned air firing drills on 1-2 December in the airspace of Crimea in connection with the planned firing. Russian Defense Ministry stated protests. Ukraine's plans stirred outrage in the Russian Federation as it's government believes that this Russian territory.

The media reported that Russia has threatened to launch a missile attack on Ukrainian launchers. The Kremlin has stated that the situation "is personally monitored by President Vladimir Putin."

Ukraine said Russia's threats would not interfere with Ukraine plans to conduct missile firing. After that, the Russian air defence forces in the occupied Crimea have been brought into advanced alert status.