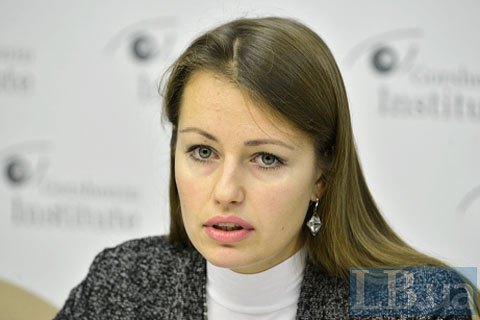 The coalition of public organisations For a Sober Ukraine believes that the state should further increase the excise duties on alcohol, the coordinator of the coalition Yuliya Solokha told a roundtable conference in Gorshenin Institute on 30 November.

"The World Health Organization and the World Economic Forum in a joint document [Global strategy to reduce the harmful use of alcohol] back in 2011 endorsed three main approaches that in their opinion are capable of reducing the level of alcohol consumption. Among them the first is the growth in prices and taxes on alcoholic beverages. It is also a ban on advertising and restrictions on sponsorship activities that promote alcoholic beverages; and limitation of time and places of sale alcoholic beverages. These are the basic strategies, without the implementation of which it is impossible to ensure that people quit, and some never started, drinking alcohol," she said.

Solokha stressed that the increase in excise duties on alcoholic beverages, will, on the one hand, replenish the state budget, and on the other is an effective tool to reducing alcohol consumption, particularly among children and youth.

The Cabinet of Ministers in the draft 2017 state budget envisaged a 20% increase in excise duties on alcohol and beer.