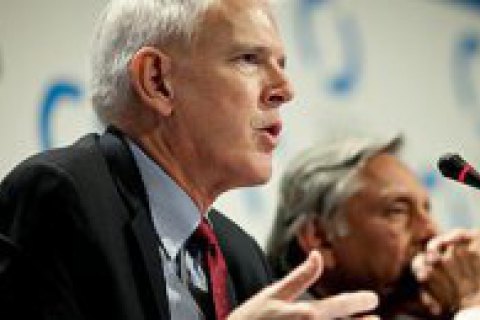 Former US Ambassador to Ukraine Steven Pifer warns Ukraine against pulling out of the Minsk agreements.

"Ukraine should not abandon Minsk II. Would lose EU support and likely lead to easing of sanctions on Russia. No other negotiating path," Pifer wrote on Twitter.

Former US ambassador cited a survey by Gorshenin Institute, which found that 51% of Ukrainians believe that the Minsk agreements are damaging to Ukraine, as Russia has not complied with the deal.

Earlier, Normandy Four foreign ministers met in Minsk. Ukraine's Foreign Minister Pavlo Klimkin has said some progress had been achieved in the discussion of the road map for the implementation of the Minsk agreements.