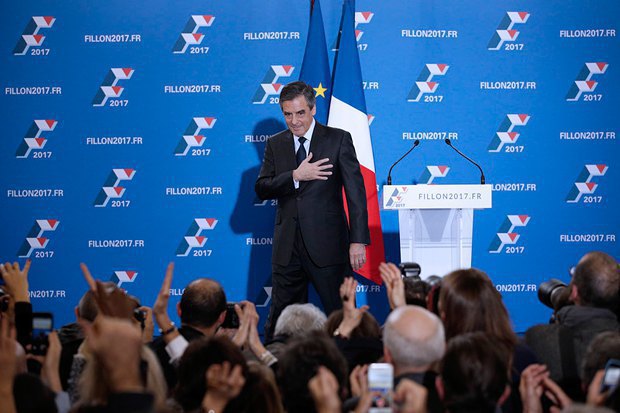 The victory in the primaries. Fillon sincerely believes in what he says

Fillon's win in the Republicans' primaries was not to be expected judging by sociological surveys and forecasts by editorials' authors, however it had been looming over the last two months in view of how cleverly he positioned itself, maintaining a balance in economic matters, matters of morality and identity, meeting the expectations of right-wing and centre voters, says Yves Bourdillon, a reporter of the Les Echos newspaper's international service.

He said: "He (Fillon - Ed.) is calling for a return to national traditions on education, family, patriotism, enjoys the reputation of a balanced person and, unlike Sarkozy, is not involved in any corruption stories and takes a more cautious stance on Islam and migration than Juppe. Juppe did not benefit from his statements that 'France's wealth lies in its diversity', meaning migration, whereas after the Bataclan attack and giving shelter to migrants, the French public opinion on these issues has become more stringent."

For many, Fillon's success in the Republicans' primaries in France was a surprise because until the first round of the primaries, the main intrigue rolled around Sarkozy and Juppe, according to Tatiana Kastoueva-Jean, head of the Russia/NIS Centre at the French Institute of International Relations (IFRI). 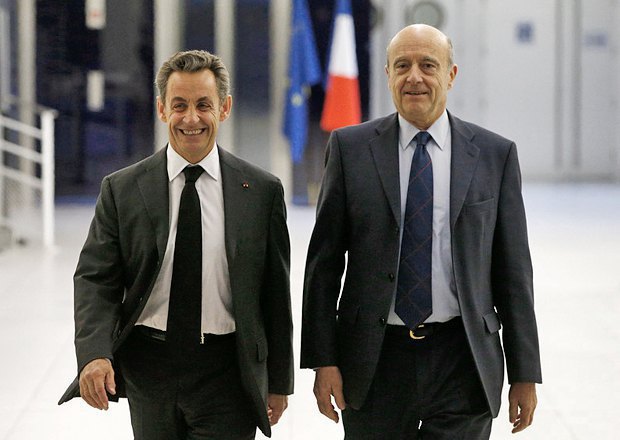 According to her, voters are most likely to have supported Fillon not as a truly charismatic leader but because of his programme. "First, it is, of course, the answer to the failures of Hollande's presidency, which has disappointed even most of the left-wing electorate. And second, the programme's meaningful aspects are interesting. This programme is socially conservative, economically liberal and prone to Realpolitik in international politics. On each of these points, it actually contradicts the Socialists," the expert says.

Commenting on the primaries, Gorshenin Institute President Vadym Omelchenko notes that Fillon "seems to have popped up at the last possible moment". "Before that, the choice was limited to Sarkozy, who embodies Trump, and Juppe, who is too wise to follow the trends. This was a problem of inconsistency. Today it is difficult for false to pass. That is why there was a huge void between Sarkozy's "correct" Trumpist remarks and trust in him. Juppe's age was his limitation, not de jure but de facto. It was hard to expect him to bring change. In principle, this segment of the electorate has long been looking for de Gaulle. At the last moment, when Fillon caught Sarkozy's rhetoric, the required value fit the formula. It is very important: Fillon sincerely believes in what he says. But I can say for sure that the presidential election will not be easy. In principle, we believe that there are no easy campaigns. And this time, we expect it not to be easy," the expert said.

Francois Fillon's potential French presidency is a stage of the continuing "conservative revolution", reaction to the era of tolerance, Vadym Omelchenko says.

"Fillon participation in the French presidential election, which was confirmed by the primaries, is a follow-up to the new global political trend, which has already been dubbed a 'conservative revolution'. Some call it 'Trumpism', but this trend has not started with Trump. Before Trump, there were the Brexit, the elections in Poland, before this there was Hungary and so on, therefore it is better to comment on the victory of Fillon and his prospects by first figuring out what a 'conservative revolution' is. This, of course, is a reaction, and every victory of representatives of this reaction seems to be a revolution. Few people dare to assess this as a systemic phenomenon. Back in June, Gorshenin Institute issued an unambiguous forecast that Trump was going to win after the UK referendum. Reaction is always tough, sometimes brutal. The word "order", which became sinister in the middle of the last century, has been whizzing in the tense air of the Western world. In many aspects, global politics is indeed undergoing fascization. Hybrid fascization. But it really is a reaction to the long period which started in the late 1940s, the era of tolerance, which, dare I say, sometimes smelled of fascism as far as ideology was concerned. The adoption and enforcement of laws on tolerance, mixing of layers, and other things were always aimed at protecting the interests of the minority. That, of course, is also an undisputed element of democracy, if it is not turned into a new religion. Otherwise, do not be surprised by reaction," the expert said. 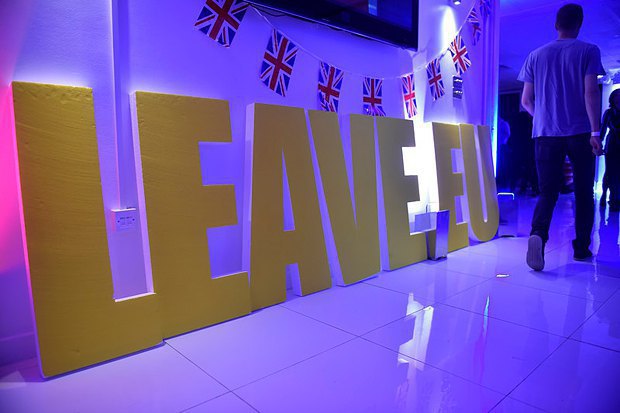 According to Yves Bourdillon, if Fillon does not make an occasional mistake, his chances of becoming the president of France will be very high. "Despite the obviously hostile campaign in the left-wing press, a wide avenue leading to the presidency is now opening in front of him. Opinion polls show his considerable advantage, 63 per cent to Marine Le Pen's 37 per cent, while the latter seems to be ahead of the Socialist candidate and is guaranteed to make it to the runoff the way things stand today. However, he will have to fend off attacks on his soft spots, such as Putin, his attitude to same-sex marriages and, most importantly, the consequences of its liberal programme mistakenly presented as Tetcherist. In particular, officials are now afraid of the prospect of cuts, while the poor fear the abolition of compensation for non-critical medical care. At the moment, his electorate mostly consists of older people and upper middle class. He will need to enlist the support of national voters, but in this he counts on the dynamics of Frenchmen who support the right-wing forces, which are the majority in the country, and who, after a resounding victory last Sunday, seem to have a feeling that they will be able to 'win back their country' together with him," the expert said.

In Tatiana Kastoueva-Jean's view, Fillon's chance of becoming the French president next year is "clearly good". "He can receive the centrist and far-right votes. For many, he is a more acceptable candidate than Marine Le Pen, de facto taking the position on some issues that is close to the National Front. The leftists, it seems, are up for a split in their ranks, and thus their votes may get dispersed, judging by Prime Minister Valls's latest statements about his own presidential ambitions," the expert believes. 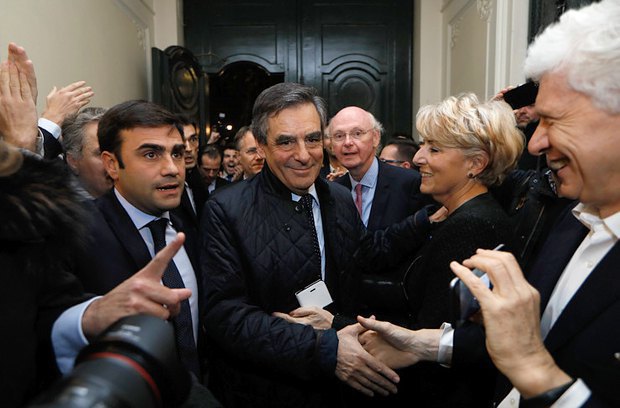 
Foreign policy: to benefit from the conflict of "superpowers"

With regard to the priorities of his foreign policy, Fillon has built a reputation of a pro-Kremlin man, and his election is indeed no good news for Kyiv because he would take no risks in relations with Putin for the sake of Ukraine because he prefers his support on the issue of eradicating the jihadists in the Middle East, who are the main threat to the security of France after the terrorist attacks on the Bataclan concert hall, Yves Bourdillon notes.

"As long as the conflict in eastern Ukraine remains frozen, the main issue for France is the situation in Syria and Iraq and the reconstruction of Europe after the Brexit. Fillon will push for the lifting of joint sanctions against Russia, which, as they are seen from Paris, remain ineffective. However, I rule out his recognition of the annexation of Crimea, whereas Sarkozy considered it historically justified. It should be noted that the relatively pro-Russian orientation of Fillon is nothing compared to the orientation of Marine Le Pen and the Communist candidate Jean-Luc Melenchon. The only candidate resolutely determined against Putin will be the Socialists' candidate and possibly Emmanuel Macron," the expert said. 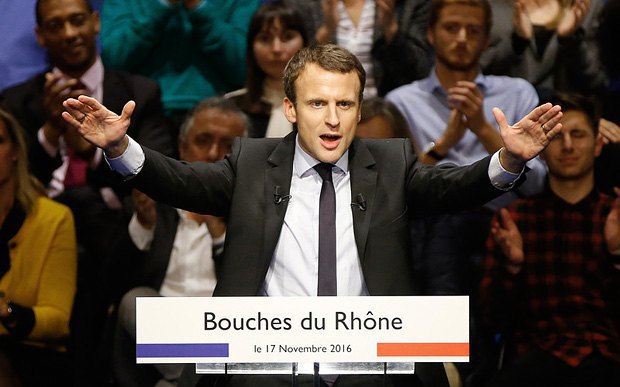 
Nevertheless, the journalist says, despite the good working relations during his tenure as prime minister and the influence of his two advisers, who are Russophile and Russian-speaking, Fillon will not become Putin "yes-man" because he, justifiably so, will put the interests of his country above any personal collusions, which however are too trumped up. In addition, he recently acknowledged that a change of allies does not make any sense for France, whose security has been ensured by NATO for half a century now. "Just like de Gaulle once did, Fillon will strive to balance between the two superpowers, relying on one to gain the favour of another, without doubting the fact that the USA has been its key diplomatic and military ally, the only one that can provide it with assistance and information support, since 1776," Bourdillon sums up.

"As for relations with Russia, there has just been a moment when a whole series of leaders considered pro-Russian came to power in Moldova, Bulgaria, Trump, and possibly Fillon in the future. For now I would put it like this: there is a great deal of uncertainty, and this share of uncertainty is interpreted in Moscow in favour of one or another winning candidate. But in the end, they are all likely to turn out to be pro-Moldovan, pro-Bulgarian, pro-French, pro-American. We should look at their practical steps. The issue of sanctions will become an important test next year," Tatitan Kastouev-Jean sums up.

As for stereotypes about Fillon being a pro-Russian and thus anti-Ukrainian politician, Vadym Omelchenko, is inclined to agree with his French colleagues: "The new French president will be pro-French in any case. And as always, he will benefit from the conflict of the superpowers," the expert believes.

"I am not surprised by today's position of Fillon. Neither am I surprised by the fact that he was charmed by Putin's charisma and sees the situation in Ukraine the way Putin interprets it. Do not underestimate people whose ideas and manipulations are now creating turbulence around the world. Perhaps for the first time the exit from the friendly comfort zone can happen with the Middle East issue which is more important to France geopolitically and otherwise than Eastern Europe and Ukraine," Vadym Omelchenko predicts.

As for a possible lifting of EU sanctions on Russia, which Fillon may support, Omelchenko once again stressed that Ukraine should not be so sensitive about this instrument of deterrence of Russia. 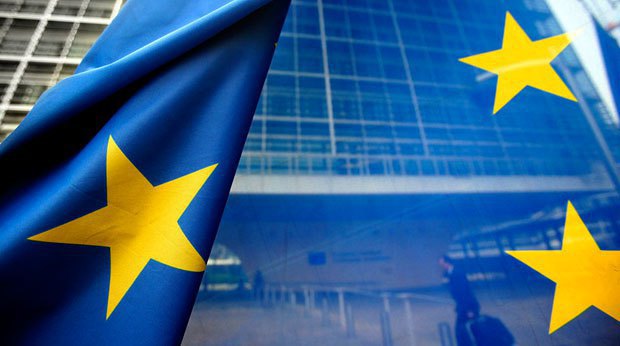 "I cannot hear any longer that the new leaders of Europe will lift sanctions against Russia. These sanctions initially had moral rather than economic significance. At least, those imposed by the EU. The US sanctions are economically more important because they concern finance, energy, military and information technologies. My opinion is that the situation with sanctions against Russia is not critical for Ukraine. And the sooner the Ukrainian leadership leaves the EU no possibility of blackmailing itself with a sanction waiver, the more seriously Ukraine's position on important issues will be taken. I would like to ask you: who is working more closely with the Russian leadership now? Some incumbent Ukrainian politicians or French presidential candidate Fillon? Therefore there is nothing to fear, we should go our way," Omelchenko said.

"When the results of the French primaries were announced on television, the news ticker at the bottom was saying: "Hope has won in France". In this sense, the Ukrainians should wish they could be as lucky as the French people," the president of Gorshenin Institute concluded.