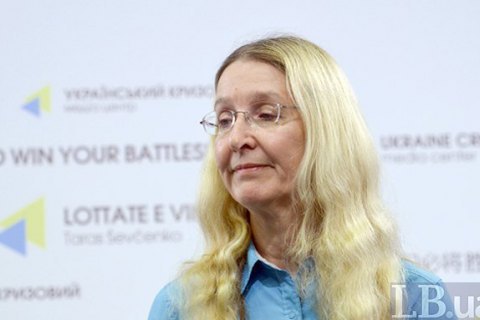 The public procurements for cardiovascular medicine in 2016 will be carried out through an international organization, the health ministry of Ukraine said on its official Facebook page.

"The ministry spares no efforts to ensure the smooth operation of highly specialized institutions providing cardiac care, first of all to make sure that patients in all medical institutions, including the Institute of Heart had free access to all medical medicines and materials, in particular, stents," the MOH statement reads.

Health Ministry on 12 December, 2016 signed a definitive agreement with an international organization responsible for procurement in this area, for the amount of 357.2mn hryvnya. On 28 December, the first tender was announced. As of 3 January, five of six tenders have been announced, the latter will be called on 4 January.

This statement came on the hills of an angry Facebook posting by the Director of Ukraine's Heart Institute. The prominent cardiac surgeon Borys Todurov accused the ministry of the "dereliction of its duties" and "the failure of the Artificial Heart national program", and threatened to sue the Minister of Health Ulana Suprun.

The ministry said in response, that the national budget in 2016 envisaged that allocation to the Institute of UAH 50mn for the program, while all regions of Ukraine have received 357.2mn hryvnya.

"The state budget for 2017 earmarked 141.6mn hryvnya for the Heart Institute to procure medicines (including 10mn of additional targeted funds allocated by the budget committee of the Verkhovna Rada of Ukraine), and an extra 40mn hryvnya for the purchase of equipment," stated the ministry.