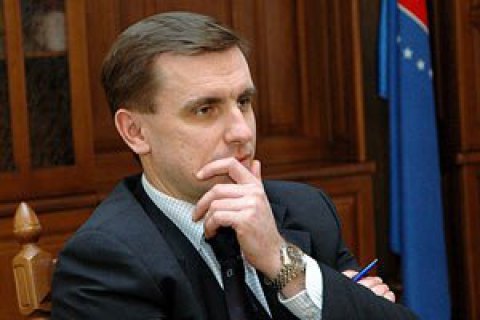 Wall Street Journal published a response by the deputy head of Presidential Administration of Ukraine Kostyantyn Yeliseyev to an earlier article by the tycoon Viktor Pinchuk, in which the latter offered to make "painful compromises" for the sake of peace in Donbas.

"I agree with his noble appeal for peace in Donbas (eastern Ukraine) but cannot agree with the appeal for compromises based on worries. Fear and weakness are bad advisers. They play into Russia’s appetites, invite even more aggression and greater human suffering. That’s why Ukraine has always advocated a solution based on the national interests and the will of Ukrainians who wish their country to be independent and prosperous, and their choices free of aggressive dictate," Yeliseyev wrote in his article titled Respect for Ukraine Vital For a Lasting Peace.

In his words, there are "red lines that no one in Ukraine would dare to cross":

• No reversal in European and Euro-Atlantic integration of Ukraine. This would be a surrender of independence, sovereignty and the territorial integrity of Ukraine. It would be like a return to the Soviet past in Ukraine—something, even Mr. Pinchuk wouldn’t welcome. Renouncing European integration would be political suicide for every politician in Ukraine who would dare call for such a dramatic reversal, especially after the Revolution of Dignity and its demand for modernization and reform.

• No trade in the territory of Ukraine, be it Donbas or Crimea. These territories cannot be part of a trade-off for peace. They belong to Ukraine, and this is confirmed internationally—including by the U.N. General Assembly Resolution on Crimea last month and by the Office of the Prosecutor of the International Criminal Court in November. Ukraine will never abandon the Ukrainians who were trapped behind the Iron Curtain of Russia’s military invasion in Crimea and Donbas.

• No elections in Donbas with Russian boots on Ukraine’s soil. Ukraine stands for local elections there, but only based on Ukraine’s law and Organization for Security and Co-operation in Europe standards. The Kremlin would definitely like to legalize its hybrid occupation and puppet regimes in Donbas by Ukrainian hands. No one should fall into this trap.

"Compromises on Russia’s terms are the wrong policy. As one of the new U.S. administration’s heavyweights once said: “history teaches that weakness arouses evil.” This has never led to sustainable peace nor saved lives. On the contrary, it has always fueled more aggression and human suffering," заключил Yeliseyev.

In his December 30 article Viktor Pinchuk proposed that Ukraine rejected the idea of joining the European Union and NATO, did not raise the issue of Crimea, and local elections were held in Donbas before the government regains control over the occupied territories.