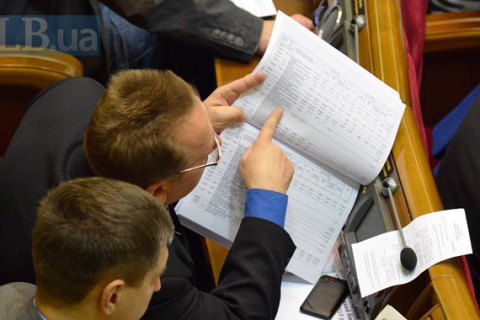 The revenues of the state budget of Ukraine in January-December of 2016 amounted to 616.219bn hryvnya, which is 15.2% more than in 2015, but 1.7% shorter than planned, the State Treasury Service said in a statement on 3 January.

The 2016 state budget provided for 17bn hryvnia in revenues from privatization which failed after the fiasco sale of Odessa Portside Plant. Also, the budget did not receive the money from the 'special confiscation' of property of the former President Viktor Yanukovych and his associates.