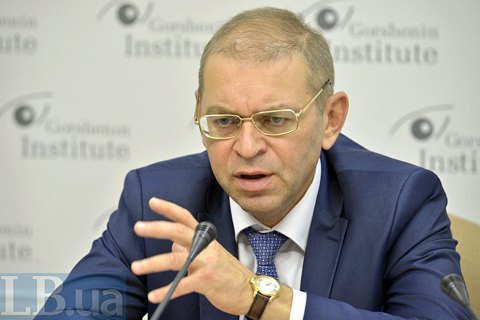 The man, whom MP Serhiy Pashynskyy shot in the leg, has shared with the TSN news service his account of the incident which took place on the New Year eve. He insists the MP used firearms against the rules.

Vyacheslav Khimikus, 38, said that the MP did not make a warning shot but aimed at the chest. By "lucky coincidence," the bullet hit the victim in the leg.

Khimikus, who lived in a neighbouring village, was on his way to his mother's home when he saw a minibus stuck in a narrow section of the road. When the driver asked him for help pushing the vehicle back onto the roadway, he agreed to help.

"And then that Mercedes drives up, and the passenger lowers the window and yells 'You morons, turn the lights on.' I said come out and talk if you are a man," Khimikus said.

[Pashynskyy] came out with a gun in his hand and, according to Khimikus, pointed it to his chest. In a skirmish that followed, the victim hit Pashynskyy in the head with a bottle, while the latter shot him in the leg.

Khimikus insists that the deputy pulled out the gun before he approached him, and never made a warning shot but 'aimed to kill from the outset'.

MP Pashynskyy (People's Front) earlier told reporters he first made a warning shot and after he was hit on the head with a bottle, "as confirmed by independent witnesses", he shot the attacker in the leg.

Pashynskyy, 50, is the head of the Ukrainian parliamentary committee for national security and defence. He says he is licensed to carry the gun.