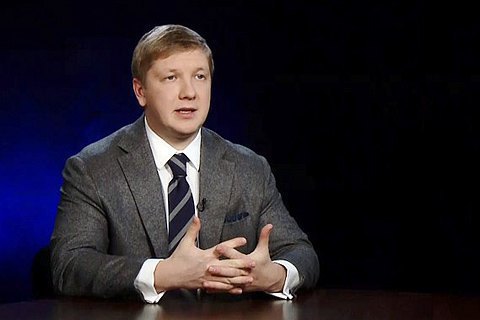 If Ukraine wins lawsuits in the Stockholm court against Gazprom, the price of gas for the population will be reduced, the head of Naftogaz Andriy Kobolev told Sonya Koshkina in an interview on the Left Bank talk show.

"If we prove our position in the case of gas purchase and sale we would be able to set a fairer gas price for Ukraine compared to what we have now. Everyone stands to benefit. In the gas transit case, our victory will allow us to get compensation for the previous period, when we had to overpay and have been underpaid. The money will come to Naftogaz so the government, as a stakeholder, will use it at its discretion," Kobolev said.

"We will be able to complete the process of separation of an independent operator of the gas transportation system (GTS) from Naftogaz. Before that, Naftogaz will remain the holder of the contract. We will initiate another trial to be able to give the Naftogaz contact over to a new GTS operator, no matter who owns it," he said.

The verdict in the claim will not be announced before the next six months, Kobolev said.

"After that, both parties will try to appeal the decision for procedural reasons in another court of appeal. I would not want to comment on the prospects at this stage," concluded the Naftogaz chief.