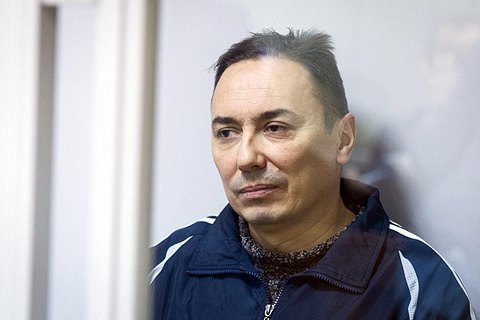 The Ukrainian Security Service said the colonel of the Armed Forces of Ukraine Ivan Bezyazykov is being suspected of high treason. He is accused of siding with the "DNR authorities" after falling into captivity, according an SBU release on 29 December.

"The SBU is in possession of an overwhelming evidence (witness testimony and operational and technical materials) that the traitor cooperated with intelligence agencies of the militant agencies controlled by the Russian security services, and even took [in those agencies} a leadership position," said deputy Head of the SBU Main Investigation Department, Vitaliy Mayakov.

Bezyazykov was captured on 16 August, 2014 in Stepanivka, Donetsk Region, where he allegedly went to take the bodies of Ukrainian soldiers died in combat. Two years later, he released in an SBU special operation.

In December 2016, he was detained and arrested on suspicion of collaborating with the "DNR" militants, (p.1 art.258-3 of the Criminal Code of Ukraine). During the trial, Bezyazykov claimed he has agreed to be involved in the militants' act because he feared for his life.

On 28 December, the SBU posted the recordings of Bezyazykov's tapped telephone conversations, which, according to the secret service, confirm his betrayal.