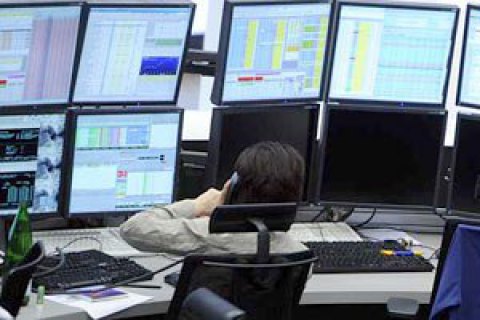 The weighted average exchange rate of US dollar on the interbank market for the first time since March crossed the bar at 27 hryvnia. As of 12:30 on 29 December the course of transactions was on average at 27.23 UAH/USD, almost 35 kopecks more than during the market closure on Wednesday.

The National Bank said it was a "temporary spike" due the fact that exporters in the last two weeks have received 12.5bn hryvnya in VAT refunds, and therefore do not sell currency. On the other hand, the demand for hard currency has soared due to the need of companies to make payments on foreign currency loans.

In a statement on Thursday, the NBU emphasized that the situation has nothing to do with the nationalization of Privatbank.

Secondly, the sale of currency the cash currency market by population continues to exceed its purchase. In December, the net purchases by banks of foreign currency from population exceeded US $ 34mn in less than a month's term.

Thirdly, the 25bn hryvnya in support of liquidity that the NBU gave Privatbank last week, was partly aimed at covering the outflows of deposits as well as helping the bank to comply with the reserve requirements, which the bank has neglected for nearly a year before nationalization," the NBU said.

The National Bank sees no fundamental reasons for currency fluctuations as the market factors are favourable: the revenues from grain exports keep coming in and global markets of ferrous metals and iron ore are looking benign for Ukrainian exporters.

In view of the shortage of currency in the interbank market, the NBU has decided to sell on Thursday up to 100mn dollars from its reserves.

The minimum selling rates of foreign currency was at 27.10 UAH/USD, maximum - 27.25 UAH/USD. The proportion of satisfied bids at the maximum rate of the auction in the total volume of successful transactions was 8.1%.

On 27 December, the NBU reported selling 47mn dollars and 97mn dollars on December 28 on the interbank market.