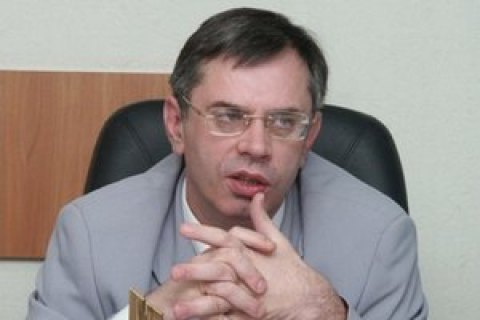 The head of the National Council on Television and Radio Broadcasting Yuriy Artemenko says he is surprised by the allegations of the TV channel 1+1of the authorities' attempts to scrap the channels license.

"On 15 December, the National Council renewed and extended the license of 1+1. The resolution was voted unanimously. The consideration of the channel's application for licence has lasted for six months because of the numerous shortcomings on the part of the licensee, which the licensee has been rectifying together with our staff. We took the decision as soon as all the deficiencies have been addressed," Artemenko said in comments on 29 December.

He went on to recall that after the nationalization in mid-December of Privatbank, previously owned by the channel's main stakeholder Ihor Kolomoyskyy, the regulator requested a formal update on the final beneficiaries of 1+1.

Artemenko says the channel's concerns are groundless and, licence fees having been paid and its extension duly approved, 1+1 may work for at least a month without a hard copy of the license.

"It is our common practice. We issue the hard copy of the license within 30 days since the date of payment of the license fee," assured the chairman of the National Council.

Earlier in the day, 1+1 said in a public appeal that the presidential administration has been putting pressure on the National Broadcasting Council to void the channel's licence and take over the channel.