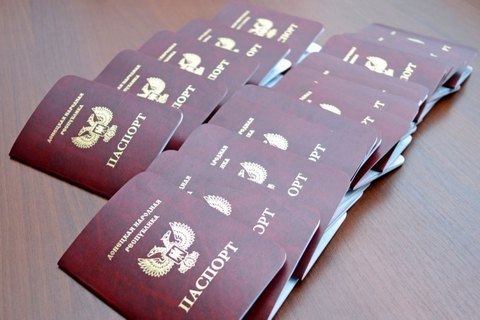 Russia recognized the papers issued by the Luhansk and Donetsk people's republics – passports, birth and marriage certificates, transport documents and education diplomas – as legitimate documents. President Vladimir Putin signed a decree to this effect. This happened on the eve of the Normandy Four foreign ministers' meeting in Munich, which was held within the framework of the Munich Security Conference.

Moscow would say this step was necessary because of "a difficult condition of residents in the occupied areas" (occupied by Russia) because Ukraine does not recognize the new documents issued by the occupation authorities. By the way, the blockade organized by Semen Semenchenko's fighters from the Ukrainian side plays into the Kremlin's hands.

Nevertheless, Putin's decree is clearly aimed at escalating the situation and raising the stakes in a non-military way, thus compensating the Kremlin's political failures in the West, including in the United States.

One may say that by recognizing some murky papers instead of issuing Russian passports, as a step towards Donbas's further inclusion into Russia, the Kremlin has launched the Abkhaz-Dniester scenario, meaning "freezing" the conflict by partially recognizing some territories.

Let us see what consequences this decision can produce.

For people in certain areas of Donetsk and Luhansk regions (proudly referred to as LPR-DPR in Russia), Putin's decision is nothing but a "bribe" for loyalty: because even the staunchest supporters of the "Russian world" have long been disappointed in the bounties promised by Moscow emissaries. Increasingly more often they wonder why so many people had to lose their lives if the promised "heaven" did not happen.

Residents in certain areas of Donetsk and Luhansk regions will win little from the legalization of documents. After all, those who wanted to leave did so. Those who could not find a place abroad came back. But Russian media have enough to talk about for a couple of months.

In any case, Moscow can always change its mind, suspend the decree and push " rebellious Donbas" back to Ukraine. 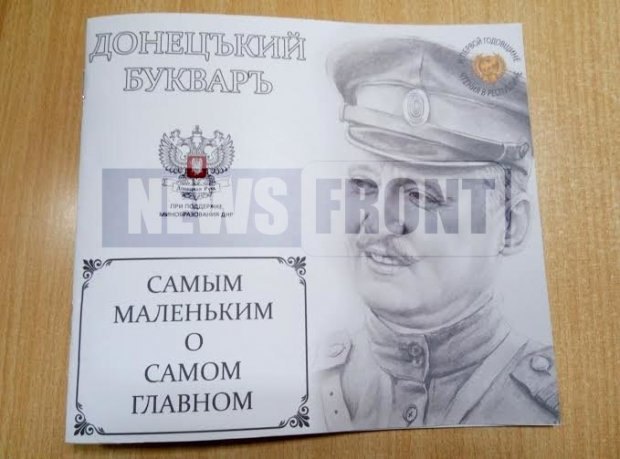 For Russia, to recognize the documents means to stop playing cat and mouse, the game which is now called a "hybrid war". After this Putin's decree, the conflict in Donbas stops being an "internal Ukrainian" one and Russia officially becomes a party to the conflict. By the way, all of this is happening amid Sergey Lavrov's calls for "direct talks", which he made in Munich.

Although Putin's decree only recognizes the "documents" and not the quasi-states, the very fact of such legal document means the legitimization of the L-DPR de facto.

So now even the hesitant media can stop calling the L-DPR separatists and boldly describe them as collaborators.

Besides, by making this step, Russia put itself outside the framework of the Minsk process, which automatically raises the question about the future of anti-Russian sanctions. In the week before the decree was issued, all countries of the West, including the USA, confirmed that they would not lift the sanctions until the Minsk agreements are implemented. Thus, the Kremlin itself deprived those who favoured the liberalization of sanctions of arguments and now it would be logical to keep not to lift the sanctions either in half a year or a year. As one blogger joked, Putin's decree to recognize L-DPR documents can be considered a "decree to recognize the sanctions eternal".

Are sanctions on Russia taking their toll?

For Ukraine, this decree is a certain line under the entire policy towards certain areas of Donetsk and Luhansk regions, which has been formulated over these three years. It is a sufficient argument to officially recognize the territory occupied. We can no longer pretend that Ukraine will be able to return to Donetsk any day now. 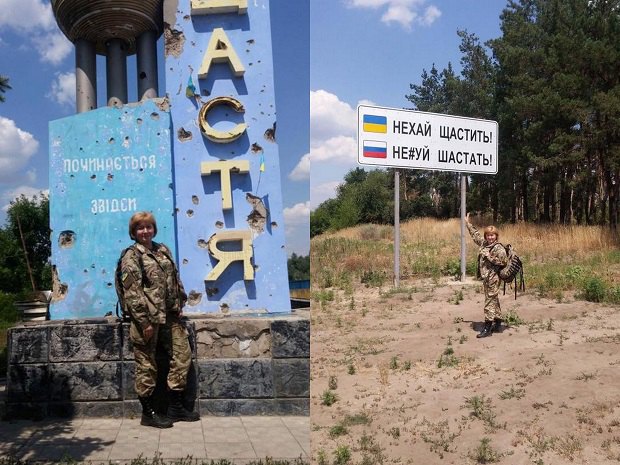 Also, all Ukrainians must understand: in the current conditions when the return of Donbas (and especially Crimea) becomes an indefinite prospect, the Kremlin will focus its efforts on destabilizing the situation inside Ukraine.

According to their masterminds, the current Maydan authorities must be toppled and replaced with those political forces (does not matter if they are left-wing, right-wing or centrist) which will be ready to take Donbas back but as an independent entity with all its documents, which Moscow has just recognized, local puppet government bodies and military services. This way the Kremlin is trying to reformat Ukraine into a federation (confederation).

Certainly, Moscow dreams of changing the authorities in Kyiv as soon as possible. But since the deadlines are missed and Ukraine is not going to collapse or hold elections, the Kremlin may have decided that it can wait for a couple of years. The legalization of documents is just another proof of this.

What it expects to happen in practice, one can see in neighbouring Moldova where the pro-Russian president came to power as a result of infighting among pro-European forces, who promises (he is still lacking powers but he is working on them) to attach the Dniester region to the already confederate state. 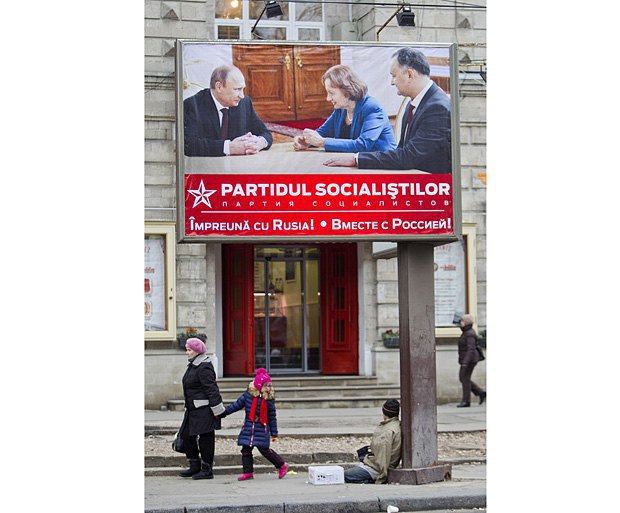 Photo: EPA/UPG
An election poster of the Party of Socialists of the Republic of Moldova (PSRM): Putin and party leader Igor Dodon (right), Chisinau, 2014

The publication of Putin's decree on 18 February is no coincidence either: not only does it confirm the futility of yet another meeting of the Normandy Four in Munich, but it also legitimizes Russia as a participant in the conflict.

It is interesting that Russia did not just happen to make this step, it has been preparing for it for the past month.

We can recall Putin's speech at the FSB [Federal Security Service] board on 16 February in which he blamed the escalation in the east on Ukraine, saying Kyiv was reportedly seeking to breach the Minsk agreements. As we can see, several days later Putin himself made a cardinal step to boldly violate the Minsk-2.

What is more, he also said Ukraine may launch military attacks: "Today's authorities in Ukraine are clearly unprepared for a peaceful solution to this very difficult problem and are betting on a solution involving the use of force. What is more, they openly speak about organizing sabotage and terrorist, subversive efforts, including in Russia. We cannot but be worried." Translated from the language of bureaucrats, it can attest to the Kremlin's plans for both political (as in the case of the decree) and military escalation.

Putin's decree to recognize the L-DPR documents says that it is "temporary" and will remain in force until the conflict in Donbas is over and the Minsk agreements are implemented. This remark is nothing but a peg for blackmail: it can be used to roll the situation back, if Kyiv accepts the Kremlin's terms. And if not, it can be forgotten once and for all.

Therefore we must be honest: the return of Crimea and now Donbas (just like the Dniester region in Moldova, and Abkhazia and South Ossetia in Georgia) is impossible for as long as the Putin regime exists in Russia. Russia will not abandon what it had seized with arms and therefore the recipe of peace in the post-Soviet space is a collapse of the KGB-FSB system of control in Russia.