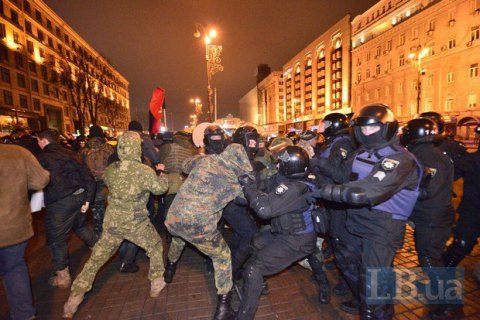 Clashes broke out in central Kyiv on the evening of 19 February between police and a group of people trying to put up tents near the presidential administration. It was followed by a large-scale scuffle on European Square between the rally participants trying to break through a police cordon several hundred meters from the presidential administration. 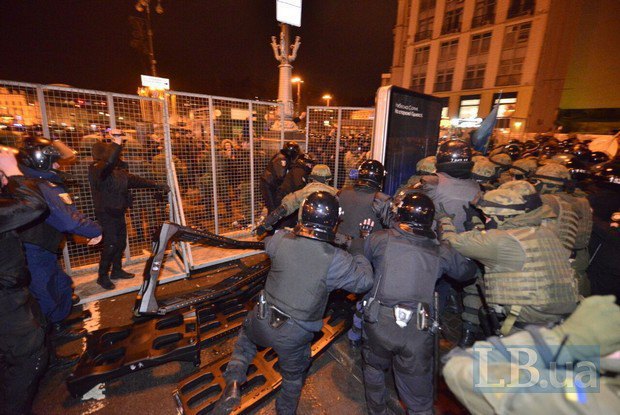 The rally was led by MPs Yehor Sobolyev and Semen Semenchenko, who organized the railway trade blockade in Donbas, and a marginal group leader, Mykola Kokhanivskyy. The latter was detained during an attempt to break through the police cordon.

He said that one police officer was "seriously hurt", although the Red Cross was skeptical about the gravity of his wounds.