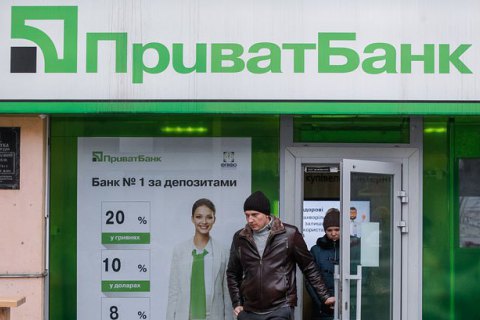 The outgoing head of the National Bank of Ukraine (NBU), Valeriya Hontareva, has said that the gap in the capital of Privatbank proved to be even bigger than was previously thought.

Speaking at a news conference on Monday, 10 April, she said that the post-audit of Privatbank had confirmed the bank's suspected critical disbalance of capital and exposed even more problems.

"Not 97 per cent of the corporate portfolio was issued to affiliated entities, but the entire 100 per cent. This means that the capitalization requirements are even higher, and the state will have to pay ueven more to compensate for the losses inflicted by the so-called team of oligarchs and the management," she said.

Hontareva stressed that on the last night before the nationalization alone, "they conducted fraudulent transactions amounting to more than 16bn hryvnyas [595m dollars]."

During the nationalization of Privatbank, Hontareva said that the nation's largest banking institution was undercapitalized by 148bn hryvnyas, or approximately 6bn dollars. It was close to 50 per cent of the monetary base and 33 per cent of individuals' deposits.