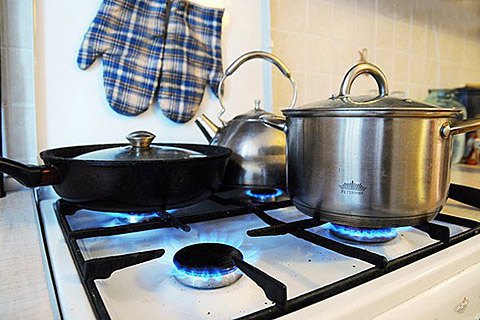 The National Commission for Energy, Housing and Utility Services Regulation (NCER), which regulates the energy sector and public utilities, has voided the earlier decision to introduce a subscription fee on households using gas, the regulator's chief Dmytro Vovk announced at a commission meeting on 10 April.

"We are cancelling the earlier made decision which should have come into force from 1 April," Vovk said.

The NCER on 28 March announced it would charge customers a fee for gas distribution since 1 April. Household gas bills were to include the price of gas as a commodity (4,942 hryvnyas per 1,000 cu.m. plus a 3.2-per-cent trade margin of a gas distribution company) and a subscription fee for connection to the gas network.

The proposed standing fee of about 92 hryvnyas a month was supposed to cover Ukrtranshaz's expenses for gas transport by main gas pipelines to gas distribution systems (about 23 per cent of the total tariff).

Social Policy Minister Andriy Reva assured that the policy would not increase gas bills, but Prime Minister Volodymyr Groysman said that the rise would be quite tangible.

On 4 April, President Petro Poroshenko said that the decision on subscription fee policy should be suspended. The NCER promised to find a mutually acceptable solution.