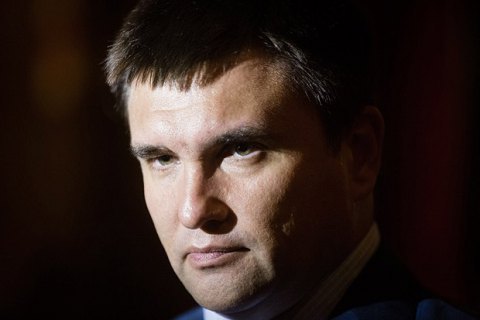 The Foreign Minister of Ukraine Pavlo Klymkin said that the meeting of diplomatic advisors to the Normandy Four leaders (Ukraine, Germany, France, Russia) did not bring the desired result.

"I should say it was a very difficult discussion that did not bring any desired result. The meeting focused on the need to achieve real security, the release of hostages and, of course, the concept of a road map," Klymkin said.

On 6 April, diplomatic advisers to the leaders of Ukraine, Germany, France and Russia met in Minsk. According to the official version, presented on the website of Ukrainian president, Ukraine, Germany and France condemned the violation of the ceasefire regime by Donbas militants.