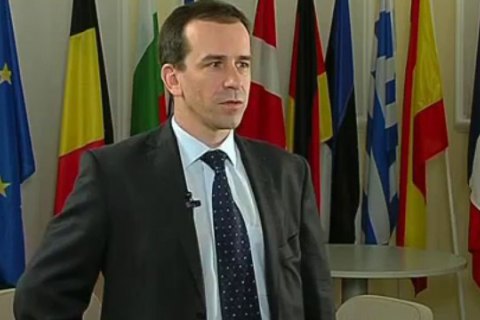 The European Union decided to launch an awareness campaign in Ukraine dedicated to the details of visa liberalization, the press attaché of the EU Delegation in Ukraine David Stulik said at a roundtable conference in Gorshenin Institute on 7 April.

"We are launching an awareness campaign to explain to Ukrainian citizens what is the visa regime to dispel certain myths in order to avoid what has happened with Moldova. [The authorities said] there was a visa-free regime, so many went travelling with old passports, not biometric just to get stopped on the border. There were such cases. It is necessary to explain away so this would not happen," he said.

Stulik also hinted that these myths in the Internet originate from Russia.

"If you look at where these myths came from, they were posted to social networks from the so-called troll anonymous accounts, mostly in Russian, for some reason," he said.

On 6 April, the European Parliament voted through the abolition of visas for Ukrainians. The visa-free regime is expected to be introduced in June 2017.