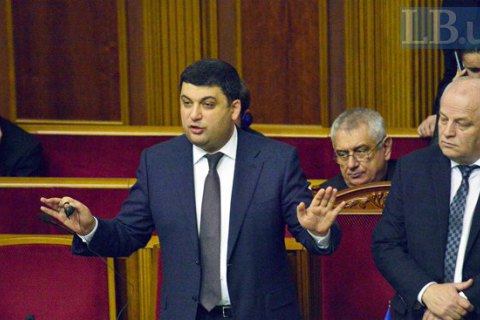 The Cabinet of Ministers will not present the annual government report to parliament during the plenary week of 11-14 April, the head of the Petro Poroshenko Bloc faction, Artur Herasymov, told reporters on 10 April.

The 12-month immunity of Volodymyr Groysman's government expires on 14 April. Parliament can either approve the government's annual report and give the cabinet another year of immunity from resignation, or refuse to do so.

According to the parliament schedule, the next plenary week starts on 16 May.