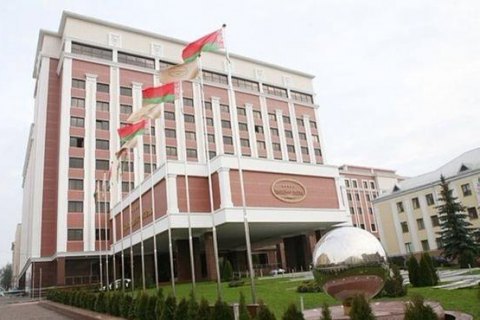 Representatives of the self-proclaimed Donetsk and Luhansk people's republics have said at a meeting of the trilateral contact group in Minsk that they are committed to a full ceasefire, the OSCE's special representative to the group, Martin Sajdik, has said at a briefing after the talks.

He said that despite a temporary ease in the tensions in Donbas, the situation remains far from satisfactory.

Darka Olifer, press secretary of Ukraine's representative at the talks Leonid Kuchma, said on Facebook that the contact group pledged commitment to the 29 March 2017 decision to honour the previously undertake commitments on a full ceasefire ahead of the Easter holidays.

At the talks, Ukraine reiterated its position once again: Russia's decision to recognize documents issued by the separatist authorities, the nationalization of assets owned by the state of Ukraine as well as private Ukrainian and European companies, and the establishment of the pseudo-border must be cancelled and the assets returned to their rightful owners.

The humanitarian subgroup reached an agreement that the Security Service of Ukraine (SBU), ombudsperson Valeriya Lutkovska, mothers of illegally held people together with the OSCE would verify people's refusal to get transferred to separatist-controlled territories in the east.

Luhansk militants' representative Vladyslav Deyneho said the ceasefire would come into effect at 10.00 on 13 April, according to the separatist Luhansk Information Centre news website said.