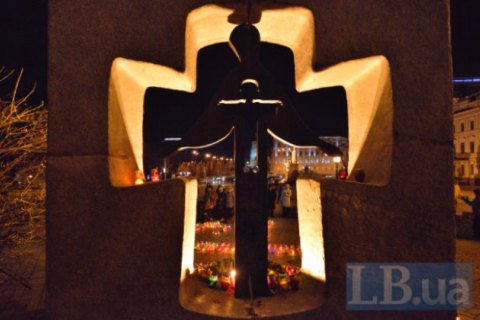 For the first time in American history, the Washington State Senate adopted a resolution in which the Holodomor is recognized as a genocide of Ukrainians, the Voice of America reported on Monday. The resolution recognizes the Holodomor as genocide of the Stalin regime directed against the Ukrainian people. in this connection "the Senate of the State of Washington solemnly remembers and honors the millions of victims of the tragic famine that occurred in Ukraine in 1932-1933; and also calls for the legislative body to further appoint November 26, 2017 as the Day of Remembrance of the Victims of the Holodomor in Washington State and to encourage individuals, teachers, entrepreneurs, groups, organizations, and government agencies to participate in the Day of Remembrance of the Victims of Holodomor by organizing appropriate activities aimed at commemorating the victims and raising awareness of Washington residents about this tragedy."

After approval, copies of this resolution will be immediately forwarded by the Secretary of the Senate to the US Committee on the Dissemination of Information on the Holodomor-Genocide in Ukraine in 1932-33, and to the Ukrainian Consulate in Seattle for further distribution.

On October 13, 2006, the US Congress adopted and President George W. Bush signed legislation "To authorize the Government of Ukraine to establish a memorial on Federal land in the District of Columbia to honor the victims of the manmade famine that occurred in Ukraine in 1932–1933." A year and a half ago, on November 7, 2015, in Washington, the opening ceremony of the monument to the victims of the famine in Ukraine in 1932-1933 was held.

Last December, the Verkhovna Rada called on democratic states with a request to recognize the Holodomor of 1932–1933 in Ukraine as an act of genocide against the Ukrainian people.

On March 3, the Portuguese Parliament recognized the Holodomor of 1932–1933 as genocide

In 2017–2018, Ukraine will hold mourning events dedicated to the 85th anniversary of the Holodomor tragedy.