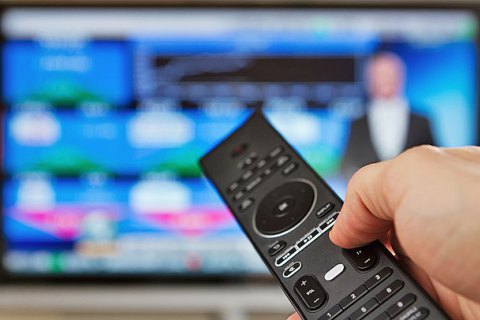 The Verkhovna Rada on Tuesday, May 23, adopted the bill No. 5313 as a whole, which obliges national television channels to broadcast at least 75% of the weekly air time in Ukrainian language.

The bill was supported by 269 people's deputies.

The parliament amended the article 10 of the Law "On Television and Radio Broadcasting" by introducing the norm according to which films and news in Ukrainian should take at least 75% in the total weekly air time of a national television channel.

The bill set this this quota at 60% for local channels.

MP Viktoria Syumar, who presented the bill said that films and programs released before 1991, should be subtitled in Ukrainian. "It's not so hard to do," she stressed.

While pre-recorded programs should be fully in Ukrainian-language, the bill sets more relaxed requirements for live TV shows, where only hosts and anchors should speak solely Ukrainian on air. The same goes for reporting from the scene, comments of the guests of the programs, music videos, etc.

In exceptional cases, by a written agreement with the Secretary of the National Security and Defense Council, programs in other languages are included in quotas if they are aimed at neutralizing threats to national interests in the field of freedom of speech.

The bill sets a penalty of 5% of the amount of the license fee.

The law comes into force four months after publication. During a one-year transition period, broadcasting companies are allowed to use material that has been wholly or partly created or financed by the channel.

In the summer of 2016, the Verkhovna Rada introduced quotas for Ukrainian songs on radio air. In the first year after the enforcement of the law, they should take at least 25% of the total air time and gradually increase to 35%.

For news and morning talk shows, the quota of the Ukrainian language is set 50% in the first year, and will increase to 60%.