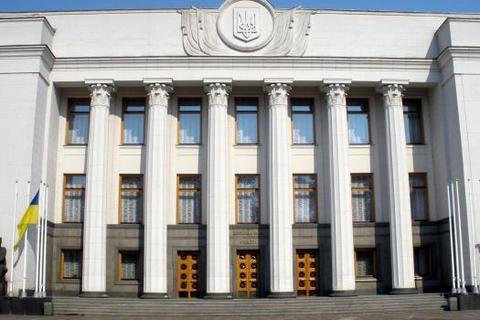 MP Ostap Yednak believes that on Tuesday, May 22, the parliament will consider and approve the two most important European integration bills on the agenda: "On Environmental Impact Assessment", finalized taking into account the proposals of the president, and No. 6106 "On Strategic Environmental Assessment".

"The vote will show whether we are moving westward or wallow in the post-Soviet mud," the lawmaker said during a round table in Gorshenin Institute on 22 May.

Yednak said that the current mechanisms of environmental assessment lead force the construction business into corruption and non-transparent deals.

"As for the tomorrow's vote, I fear that, despite the general consensus of political forces and deputies to vote through these bills that we approved last October, the business lobby may influence deputy groups," he said.

At the same time, Yednak stressed that the authors of the bills excluded at the preparatory stage all the most controversial issues, such as the need to assess the impact on the environment during the construction of military infrastructure facilities. There are also guarantees, he said, that the business will not be stopped without a court decision.

"Everything considered, the law is balanced, I think we need to approve it tomorrow," Yednak said.

MP Ivan Rybak, also participating in the round table, expressed confidence that at least bill No. 6106 would be adopted.

"The proposals of the president that he made after the bill was given over to the parliament have already been taken into account, and I think we will adopt it tomorrow," he said.

Deputy Minister of Ecology Mykola Kuzio, in his turn, said the adoption of these laws will allow Ukraine to return to the circle of states where international obligations are respected.

"In the second week of June, there will be a regular meeting of the parties to the [Espo] convention, where Ukraine can expect rather unpleasant resolutions without the adoption of these two laws. Our partners are looking for the results of tomorrow's vote, so I very much hope that we can attend the meeting of the parties with a positive outcome," he added.

According to Kuzio, the situation is much the same in the Energy Community.

Last October, the Rada adopted two environmental assessment bills, which were part of Ukraine obligations under the Association Agreements with the European Union, but President Petro Poroshenko vetoed them later.