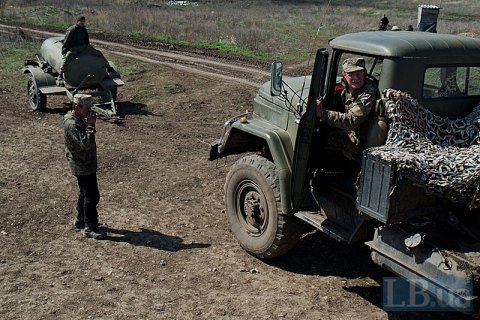 A recent US Defense Intelligence Agency (DIA) report says that the Minsk agreements will remain unfulfilled until the end of 2018.

Non-extensive fighting along the front line in Donbas will continue, with a likelihood of an escalation of violence by the Russian Federation, Lieutenant General Vincent R. Stewart, director of the Pentagon's military intelligence agency said as quoted by Ukrinform.

"The conflict in the east of Ukraine between the separatists supported by Russia and the Ukrainian government is likely to continue over the next year, while hopes for full implementation of the Minsk agreements are deem," Pentagon intelligence chief said on Tuesday.

He noted that the Russian Federation "is unlikely to give up destabilizing actions in Donbas."

"Violence along the collision line is likely to remain limited to small battles, although Russia remains ready to escalate the conflict," Stewart said.

Yesterday it was reported that, according to experts, Russia spends 6 bn dollars a year on the military campaign in Donbas.